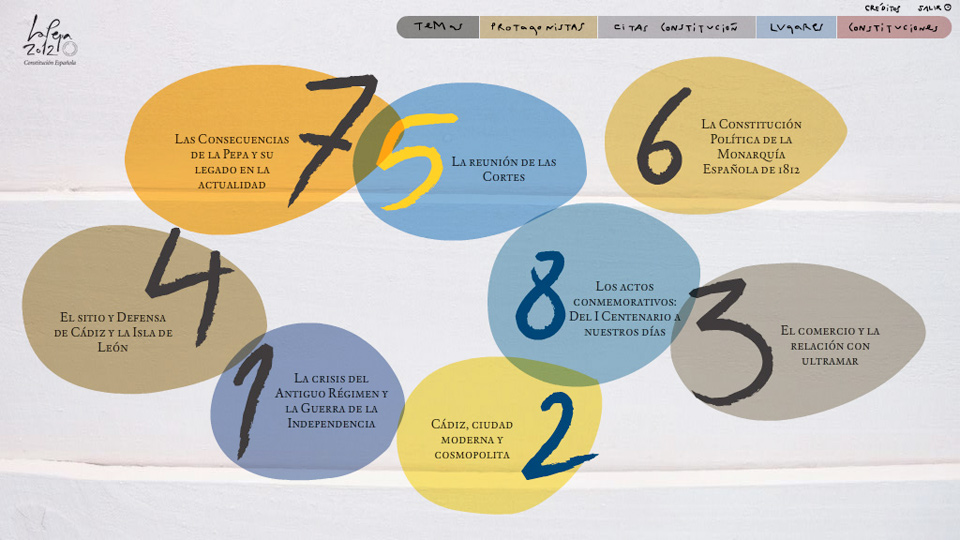 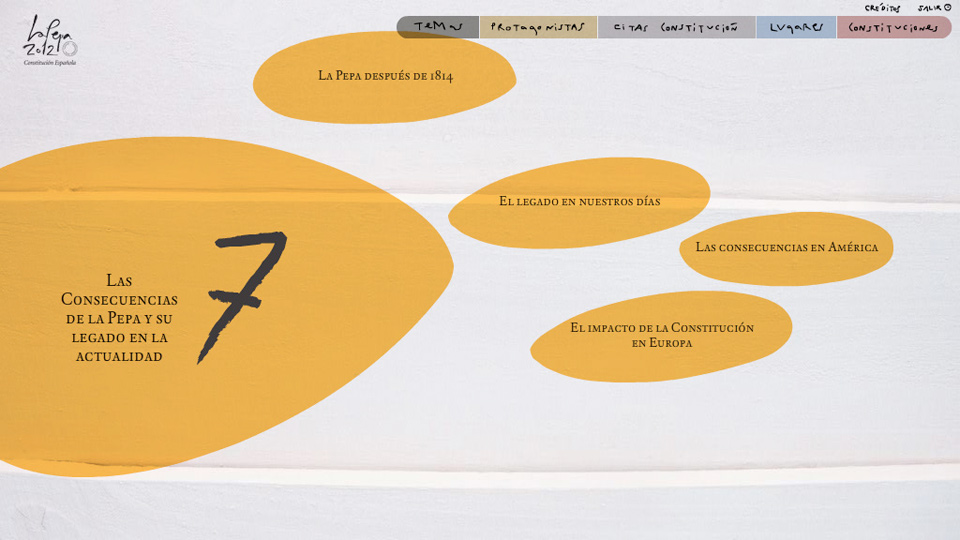 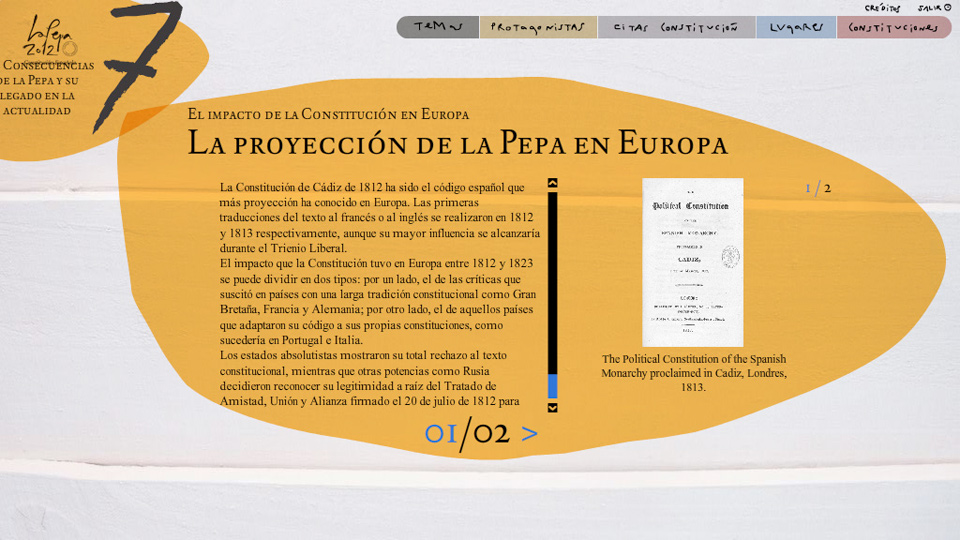 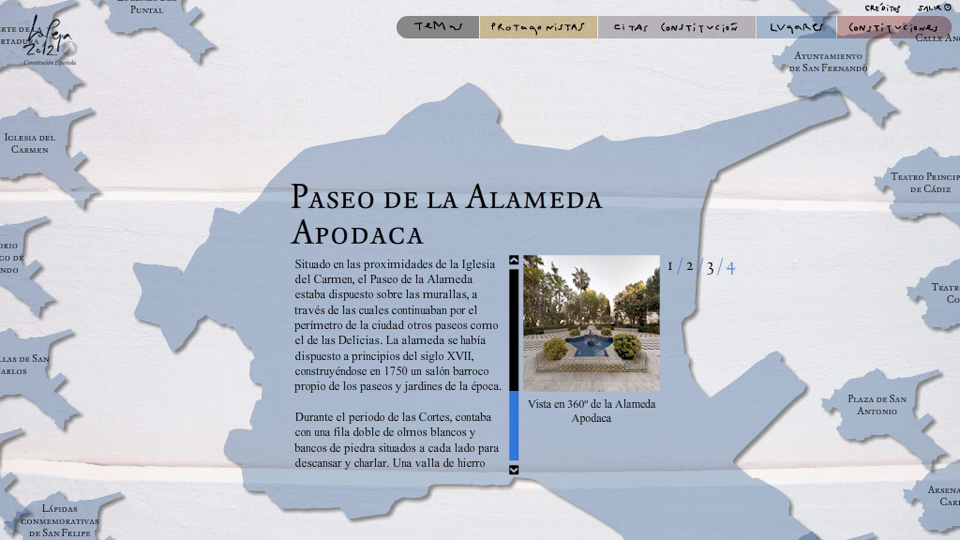 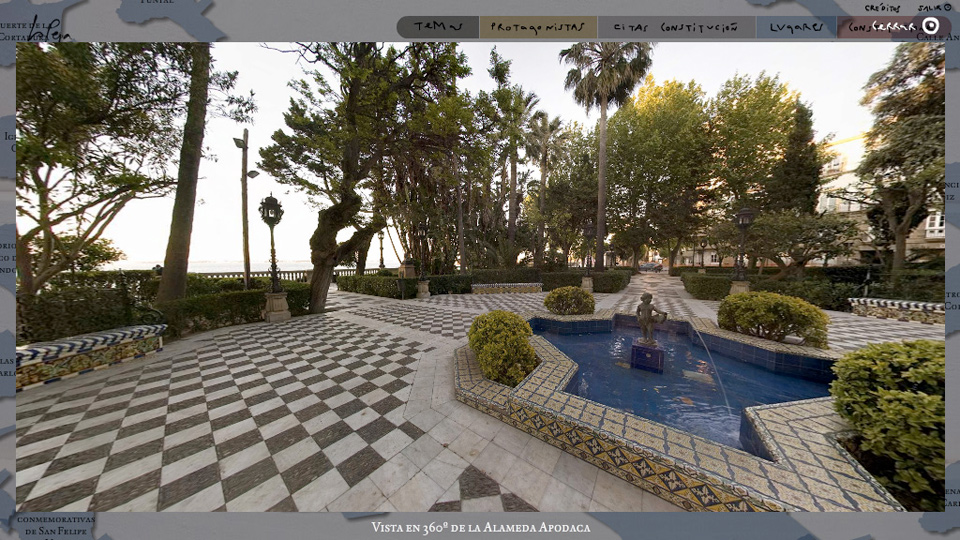 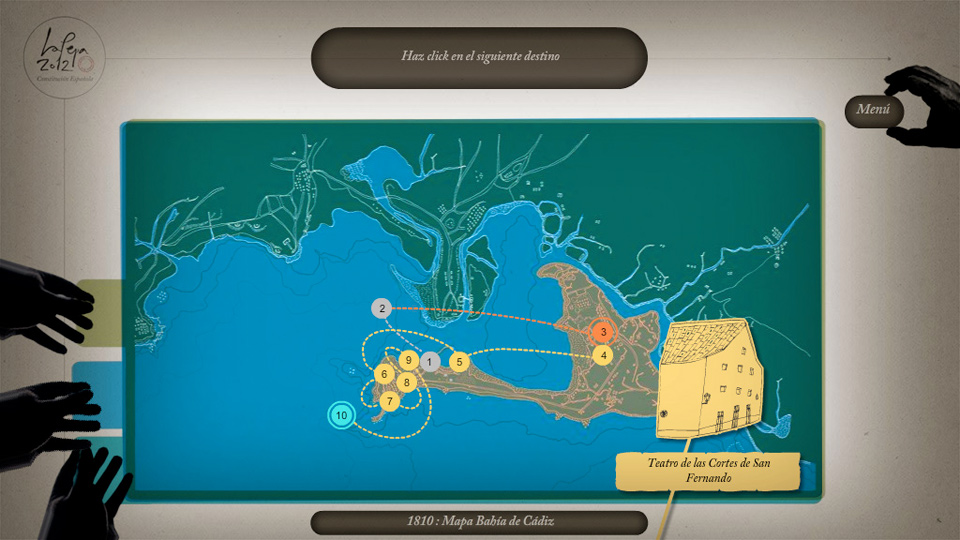 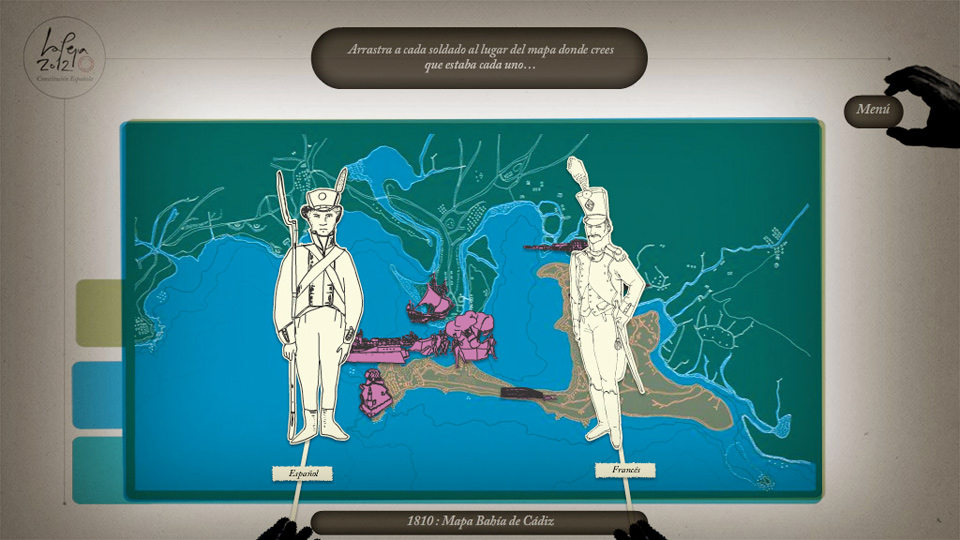 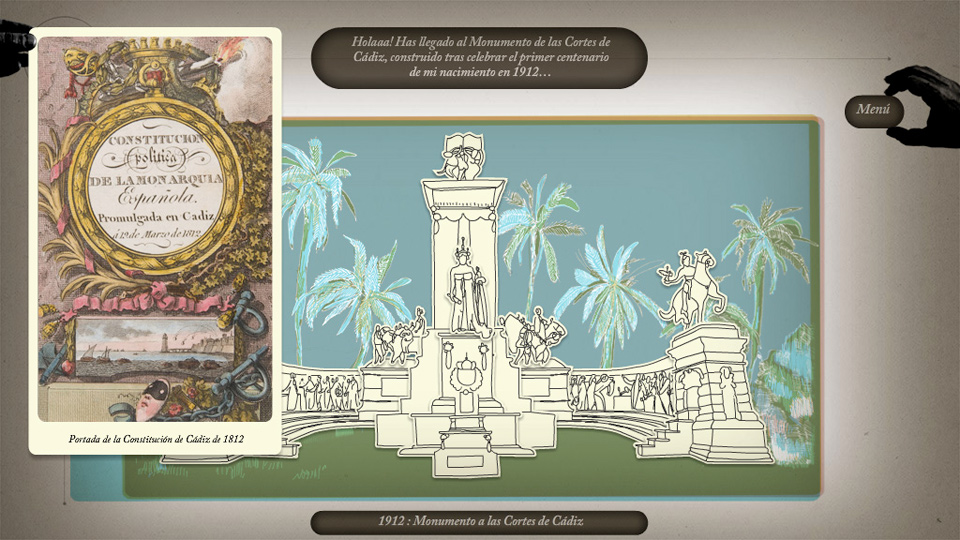 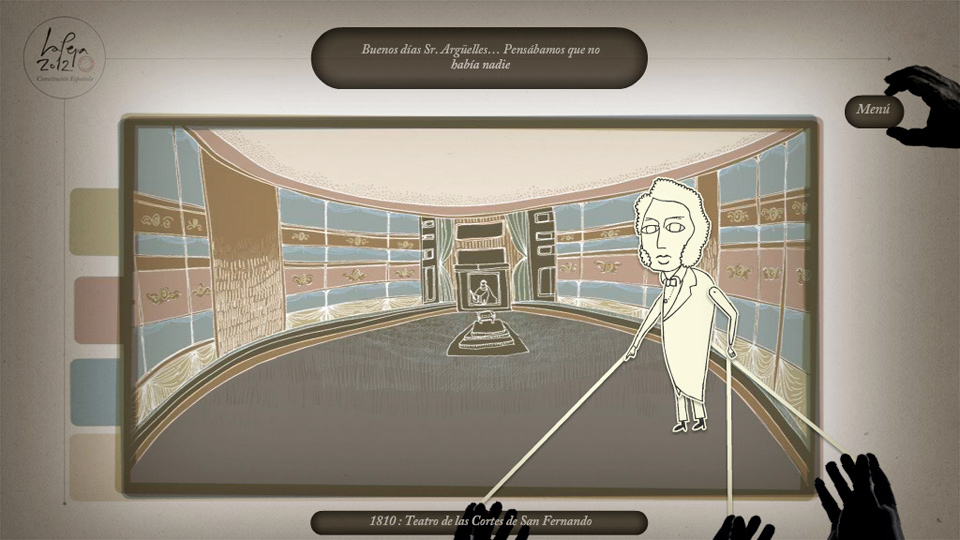 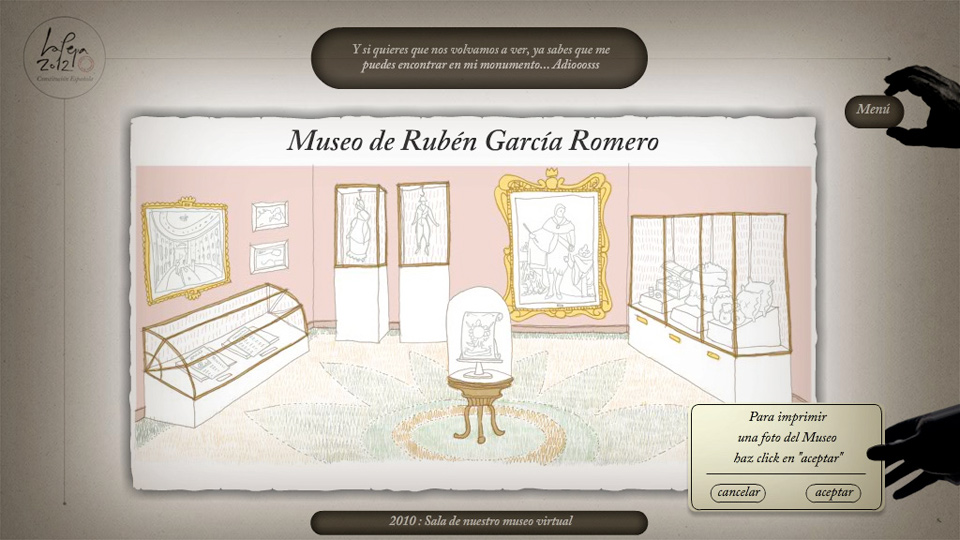 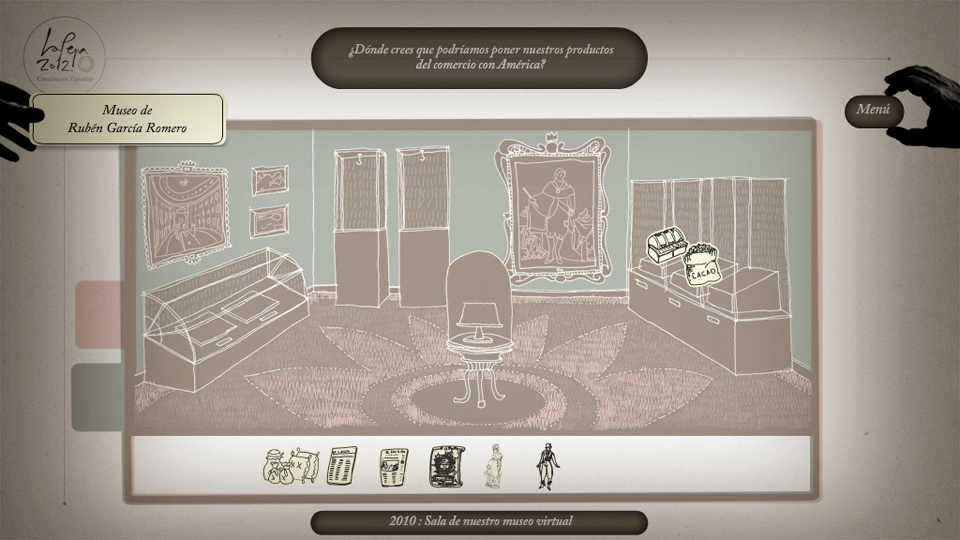 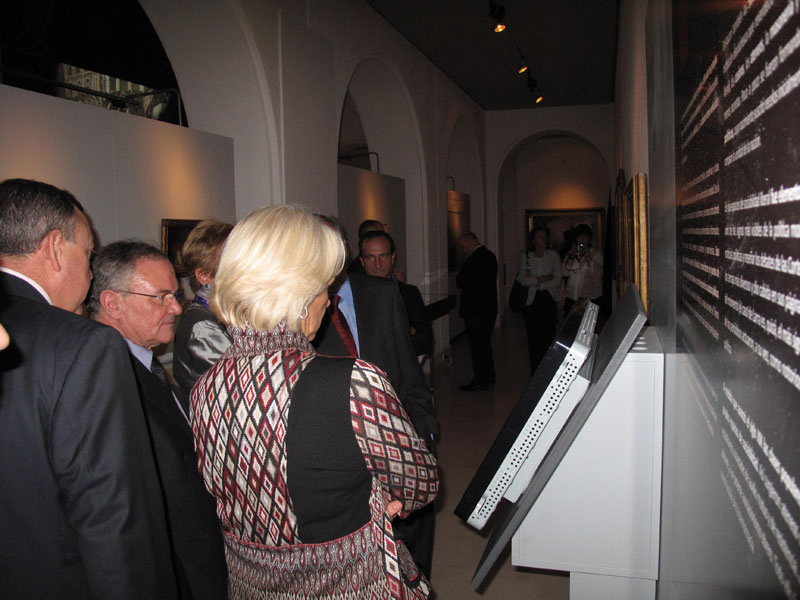 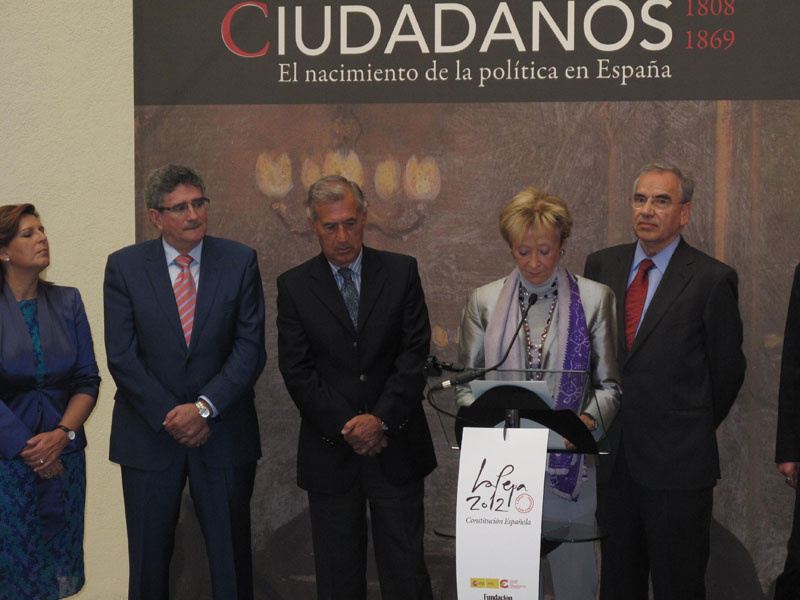 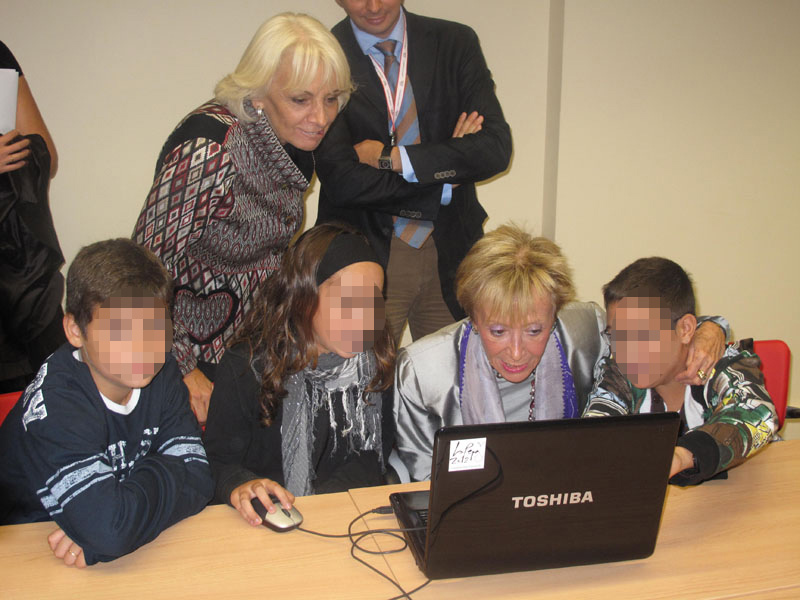 Presentation.
Government Vice-President and Mayor of Cadiz watch the application with students 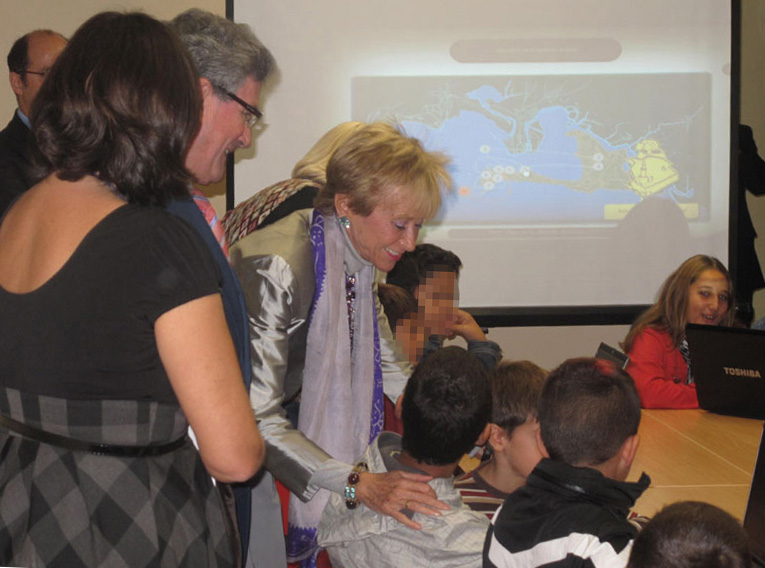 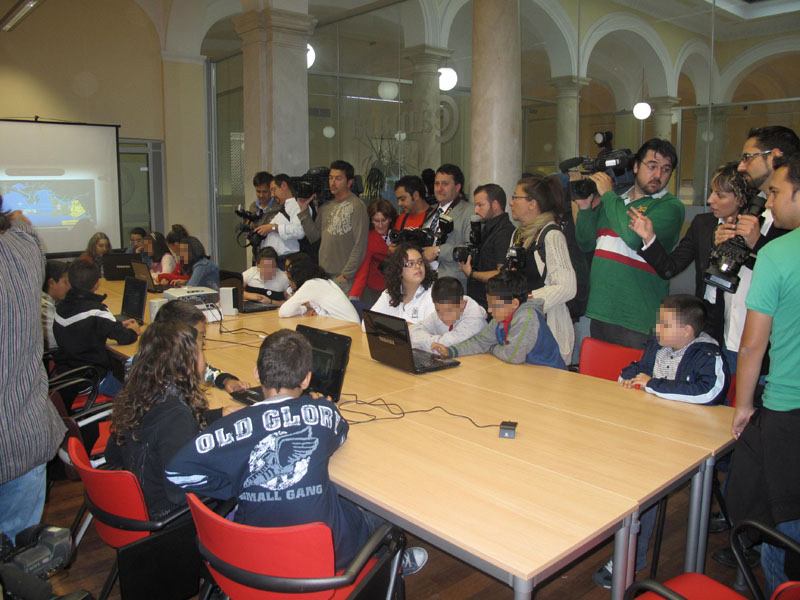 La Pepa is a set of two interactive publications that were published on the occasion of the Commemoration of the Bicentennial of the Constitution of Cádiz in 1812.

They were intended to explain the constitutional values ​​to the students of educational centers at national level.

Primary
Colorao program an interactive that forms a “journey through history” of 10 stages.
In each stage there is a series of didactic explanations with animations of characters synchronized with audios, which show in an entertaining and fun way various aspects of the importance of the Constitution, with animations, videos, images, audios and games that serve as didactic reinforcement.
At the end of all the stages, the student can compose a virtual exhibition with all the gifts obtained in each stage. You can also print a diploma, which reinforces the didactic action.
The animations were not “animated” but programmed. This way , we could provide an absolute  control over the characters, their conversations, integrate them into the games.

High school
Interactive publication with a “biological” interface, in which each thematic block forms a small “cell”.
All cells are related to each other forming a living system. When you click on a cell, a tab opens showing related information (text, images, videos, panoramic 360, etc).
Each cell is related to others that appear around it, thus forming an intuitive and alive navigation.

Due to the success of these interactive, a version was made to install in several touchscreen kiosks in the Interpretation Center.