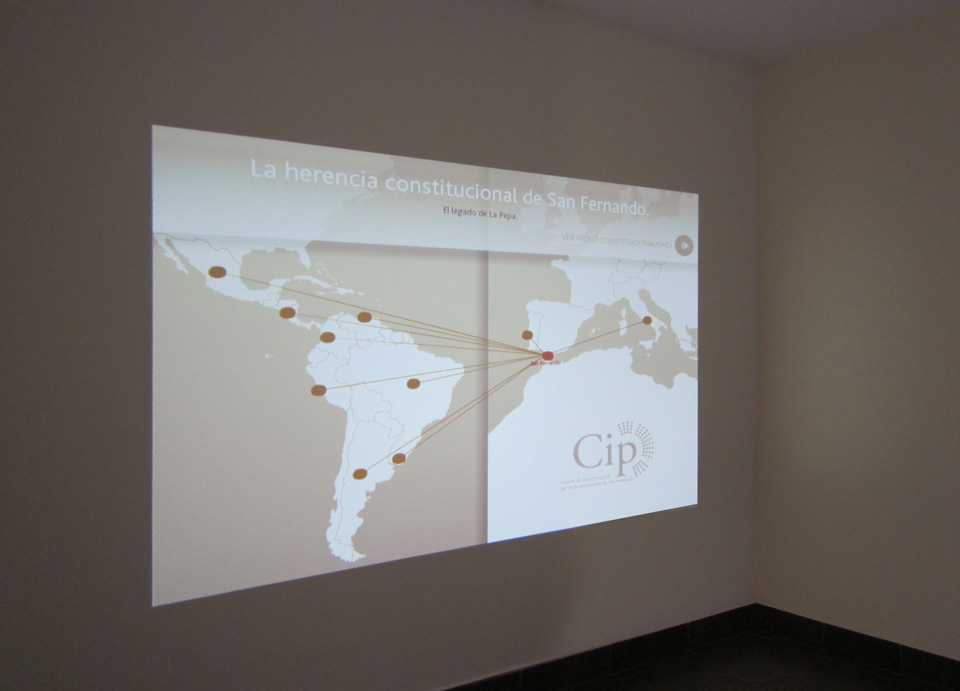 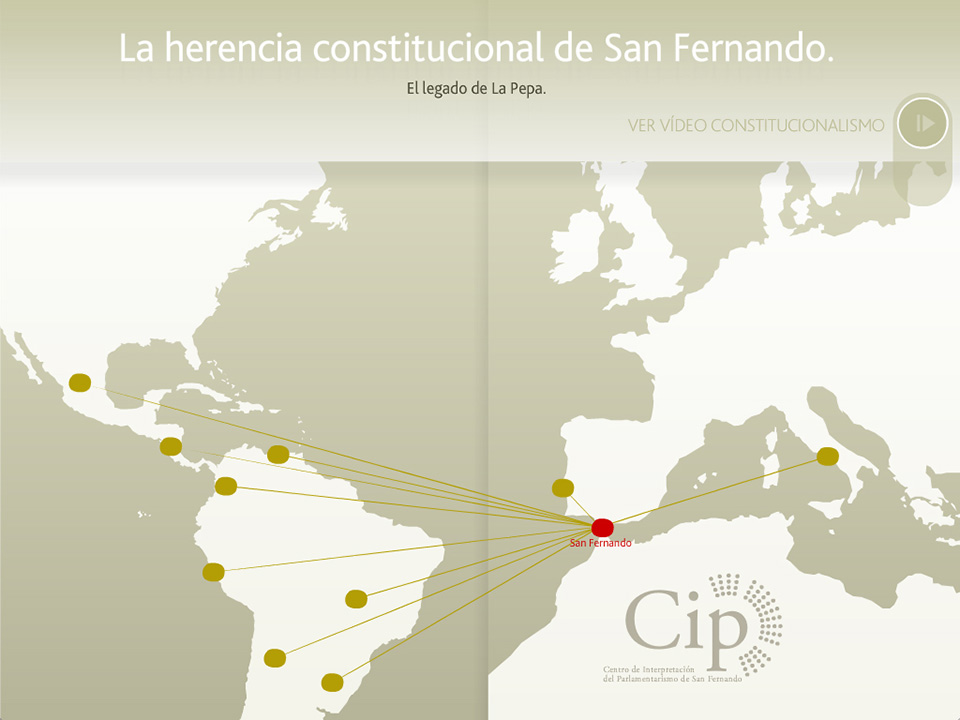 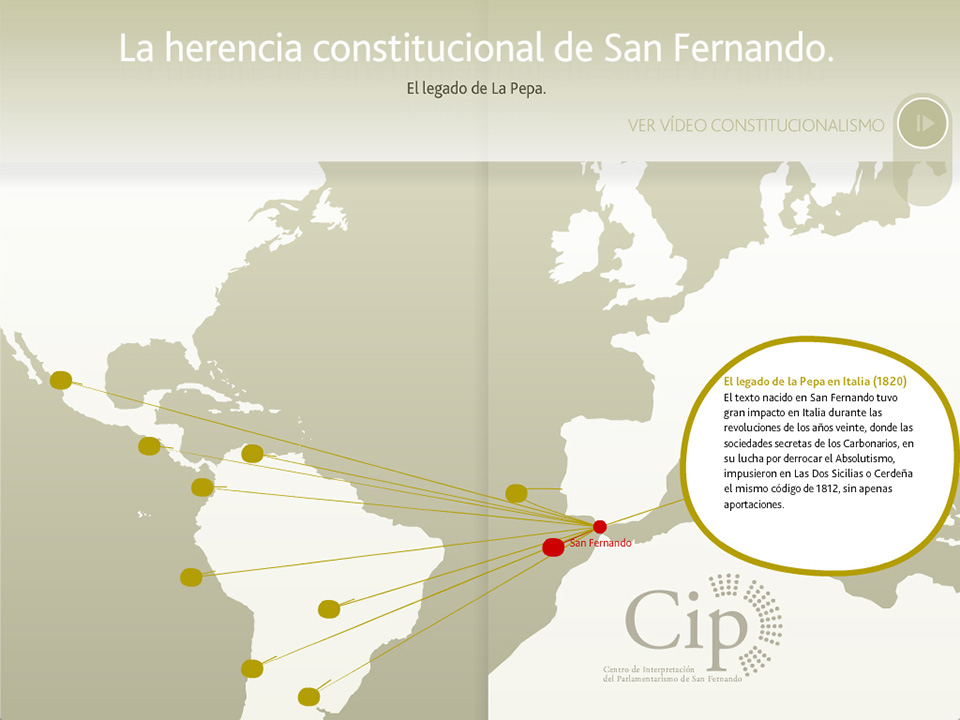 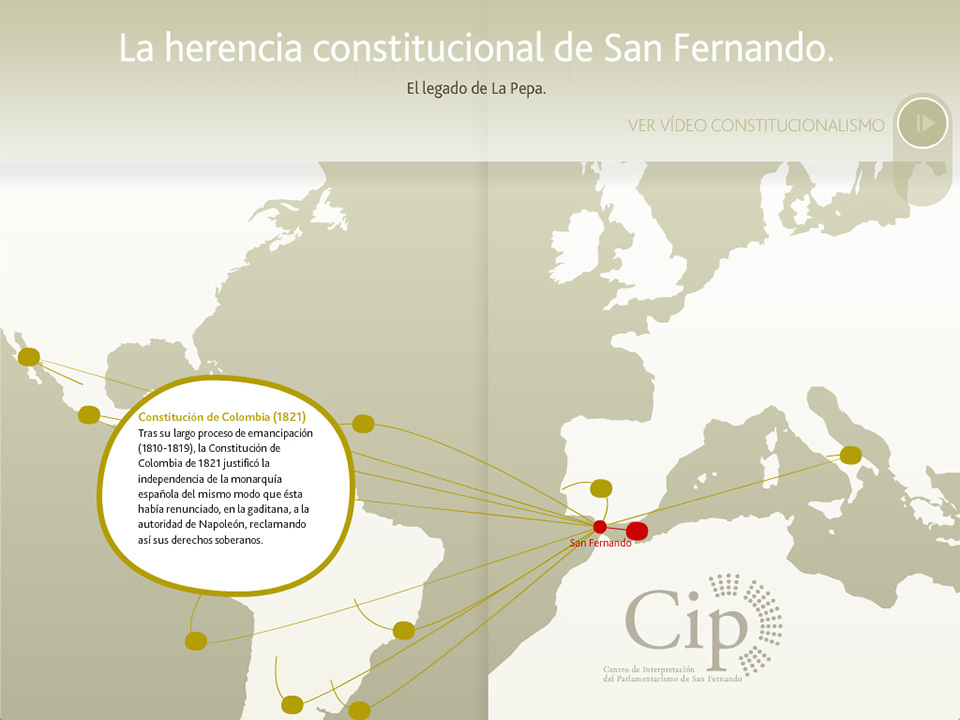 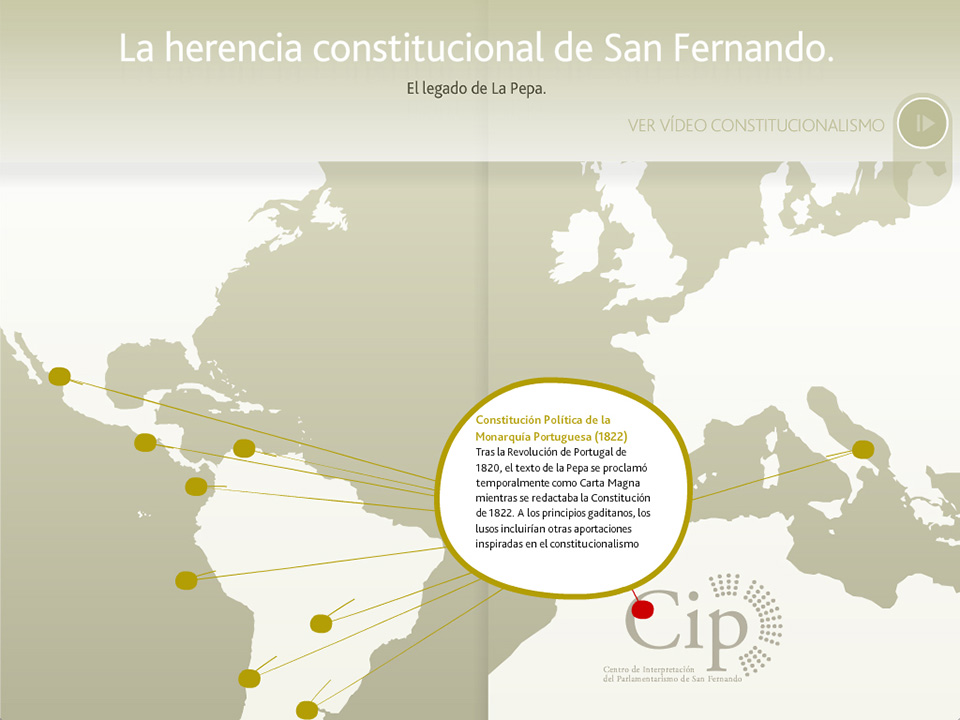 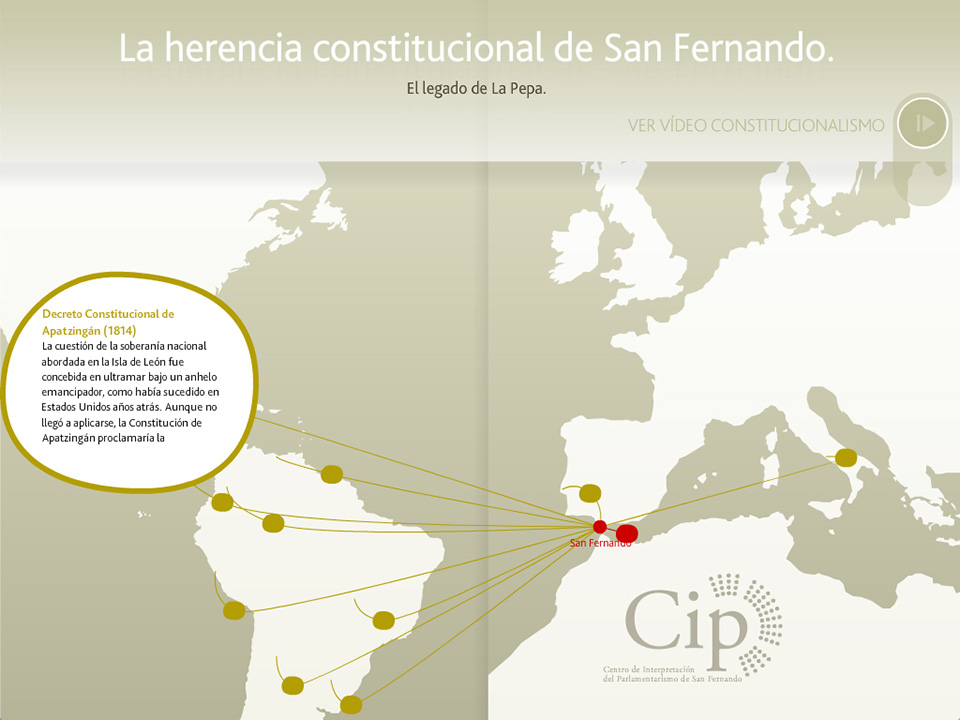 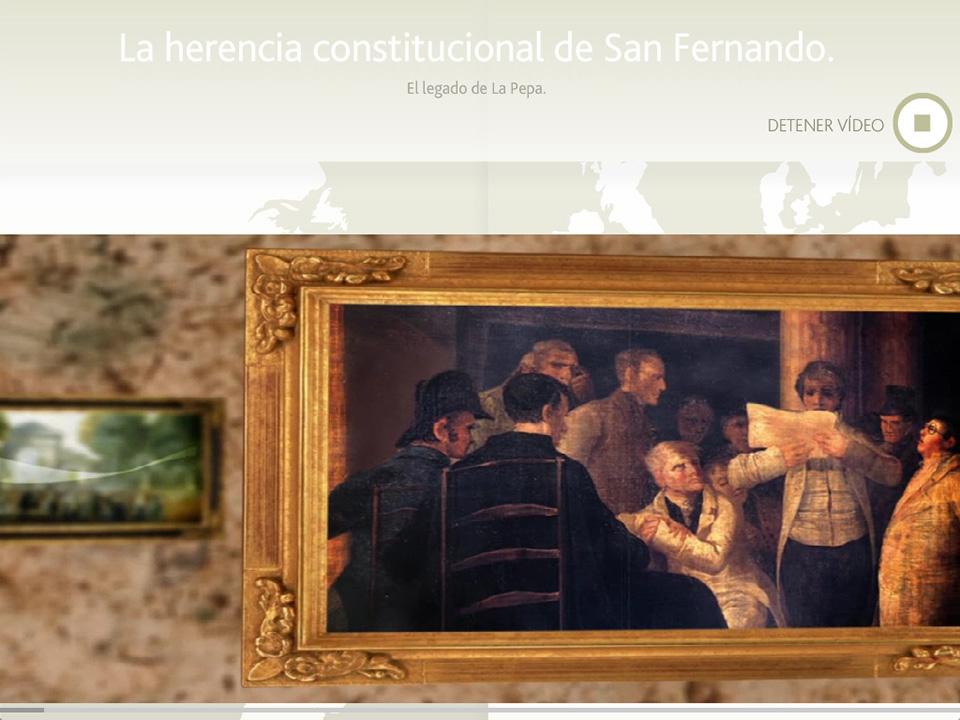 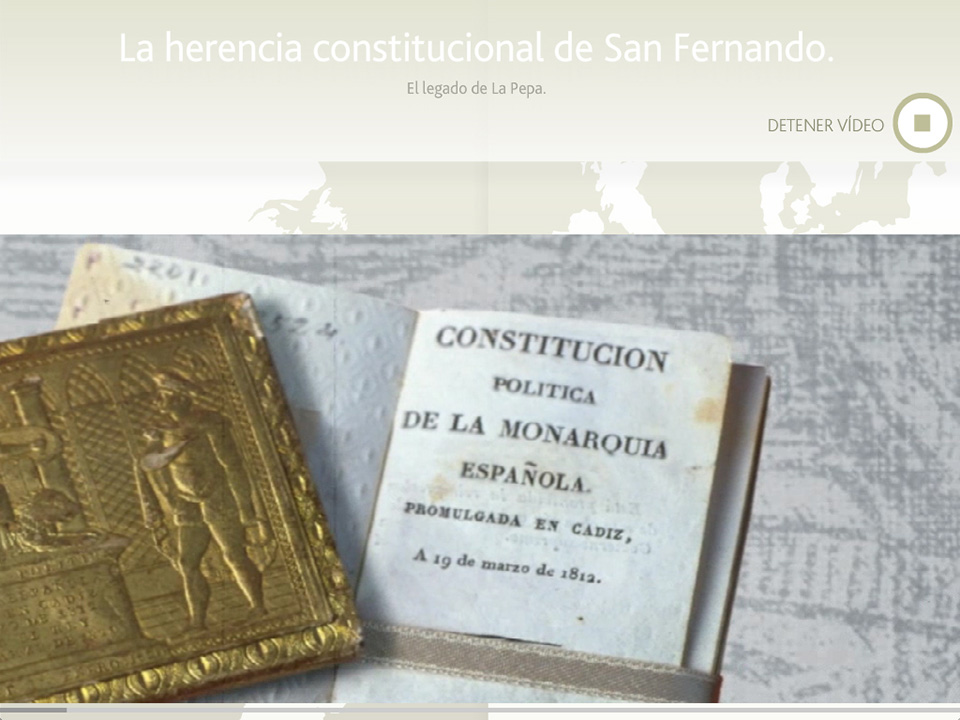 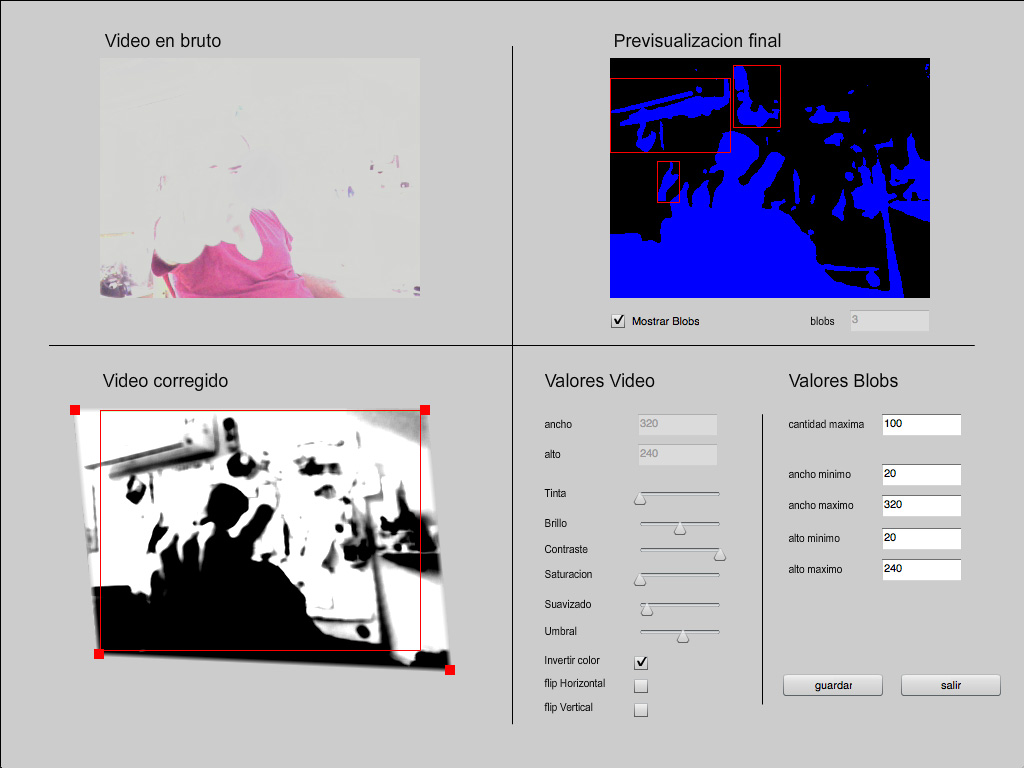 On the occasion of the celebration of the bicentenary of the first Spanish democratic constitution (La Pepa), the Andalusian government wanted to create a didactic center aimed at disclosing constitutional values.
This is how the Interpretation Center for Parliamentarism of San Fernando (Cádiz) was created.

This installation consists of an interactive video-mapping projected on a wall.
On a world map appear a series of nodes and connections that show the influence that the first Spanish constitution had in other parts of the world.

Through an optical interface based on computer vision, the visitor can interact with each node simply by touching it on the wall.

Colorao programmed the application and executed the installation.