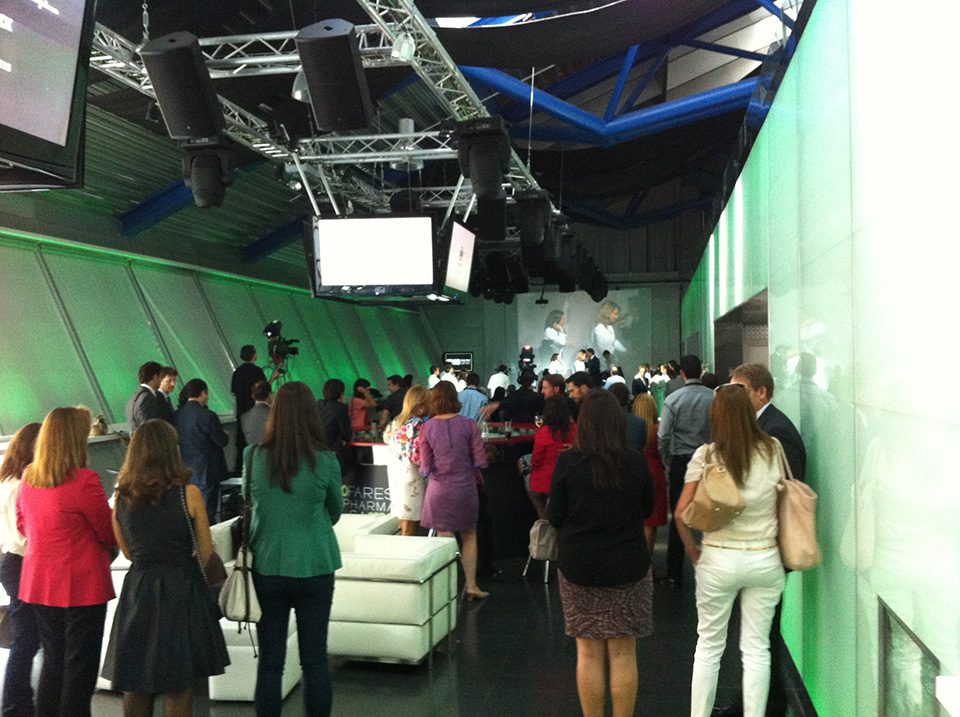 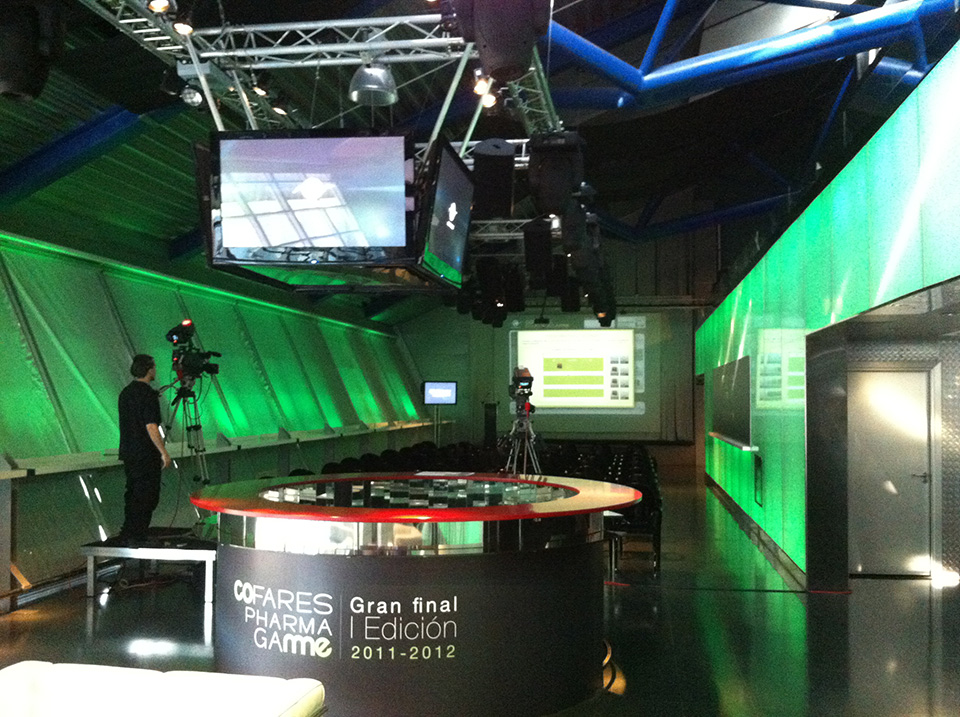 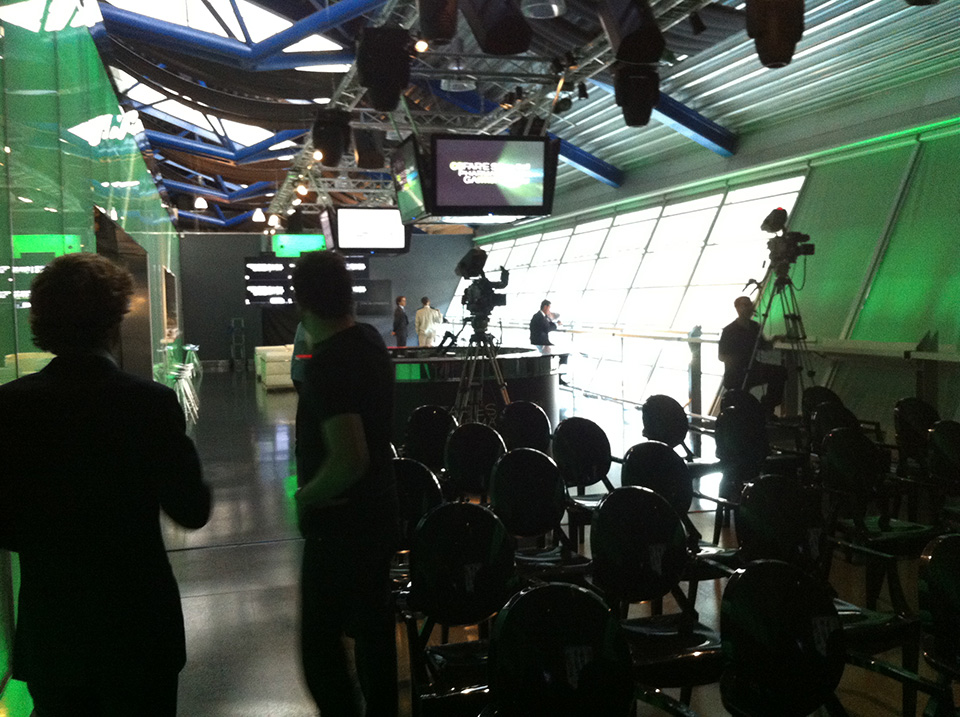 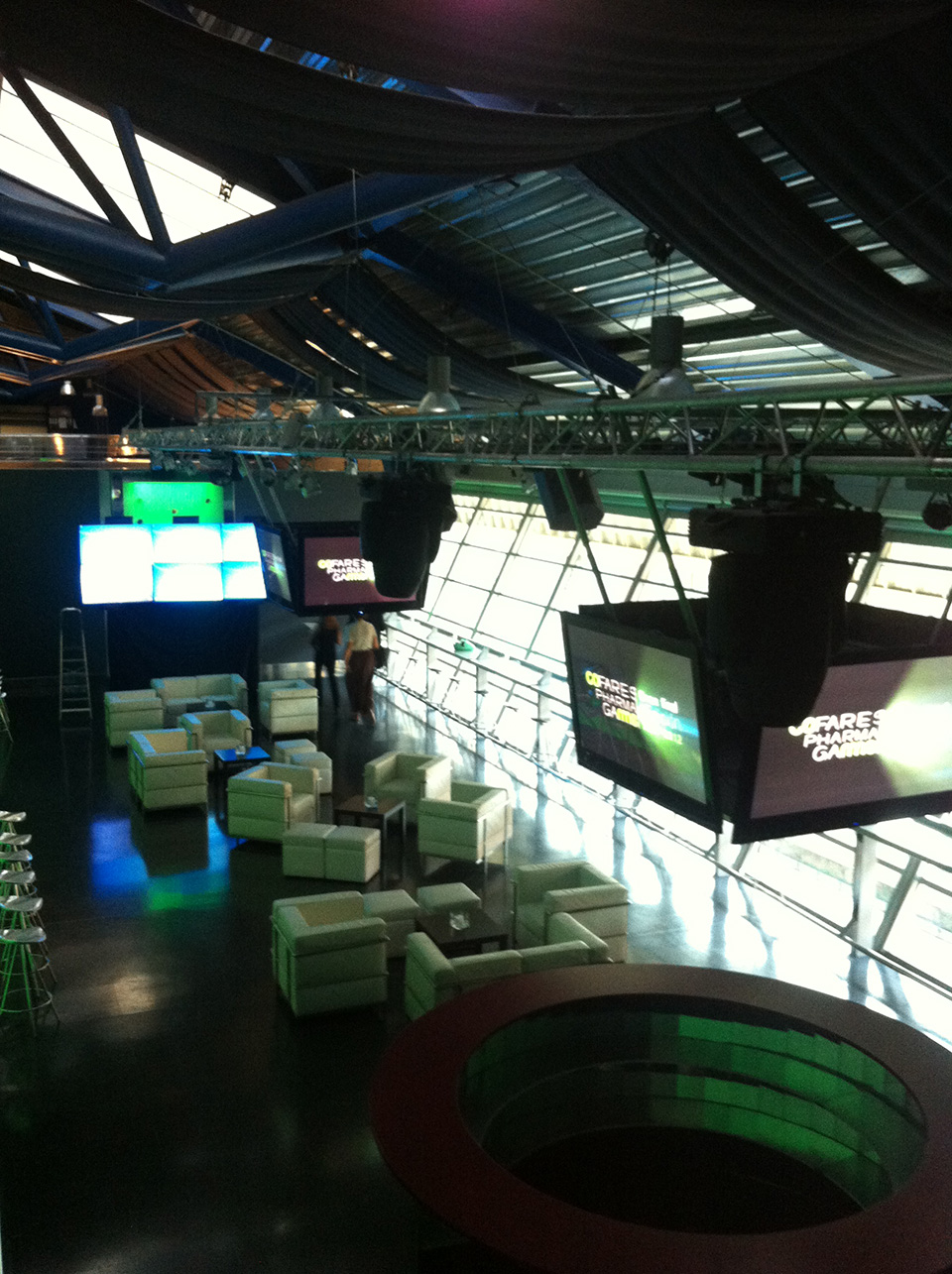 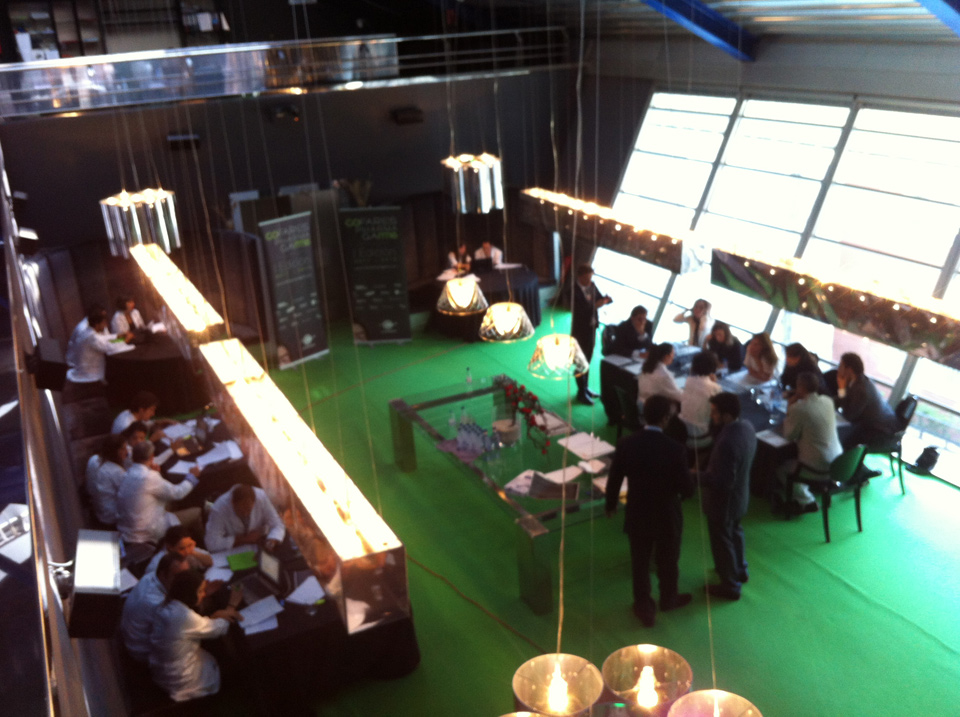 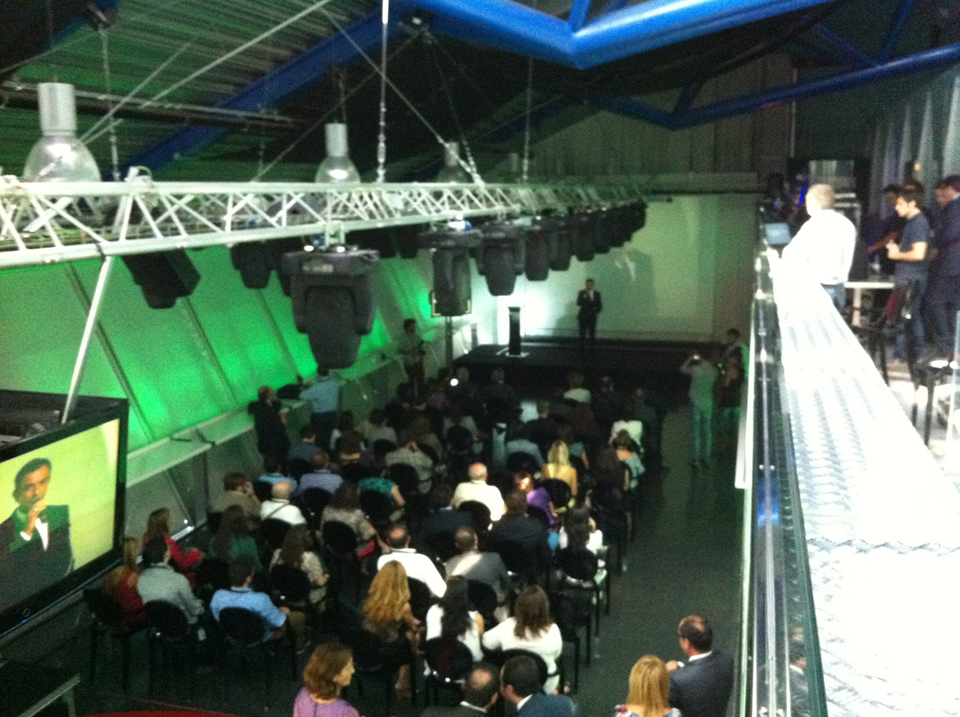 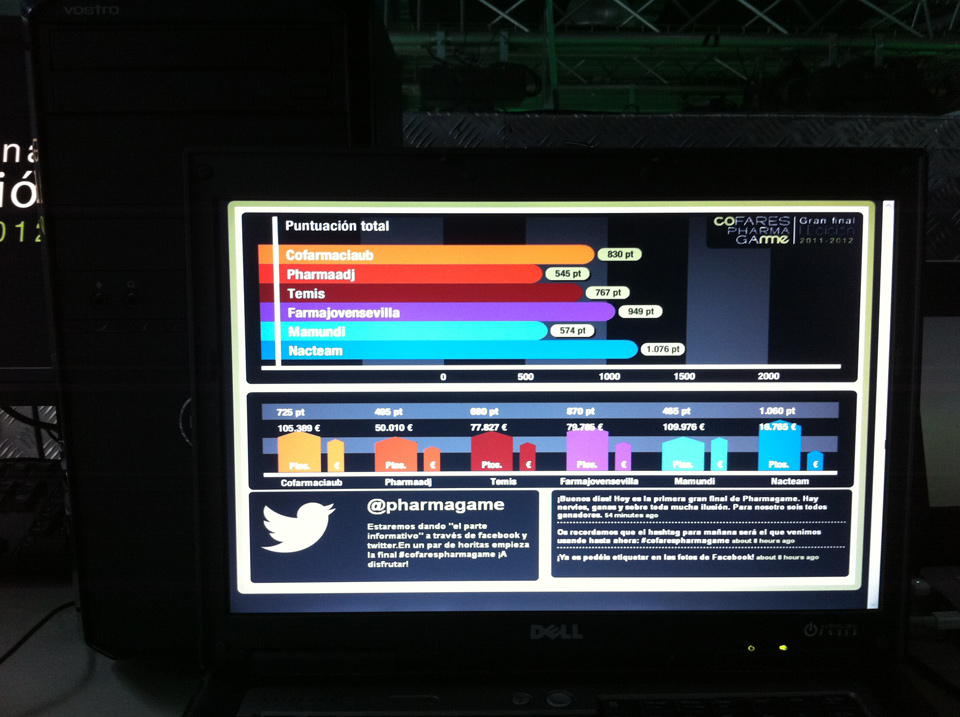 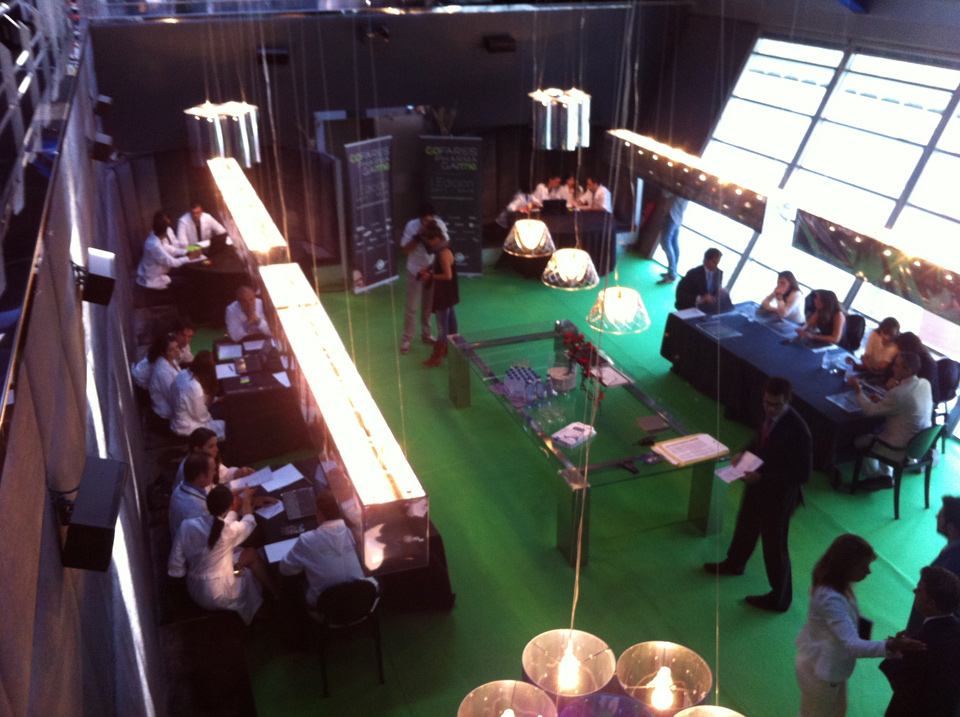 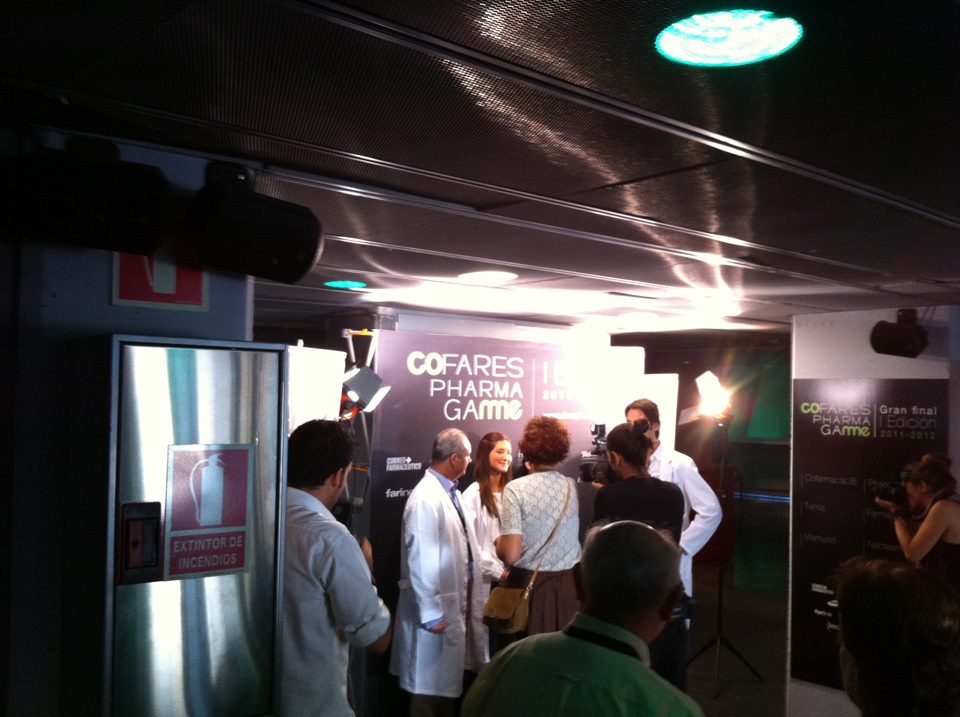 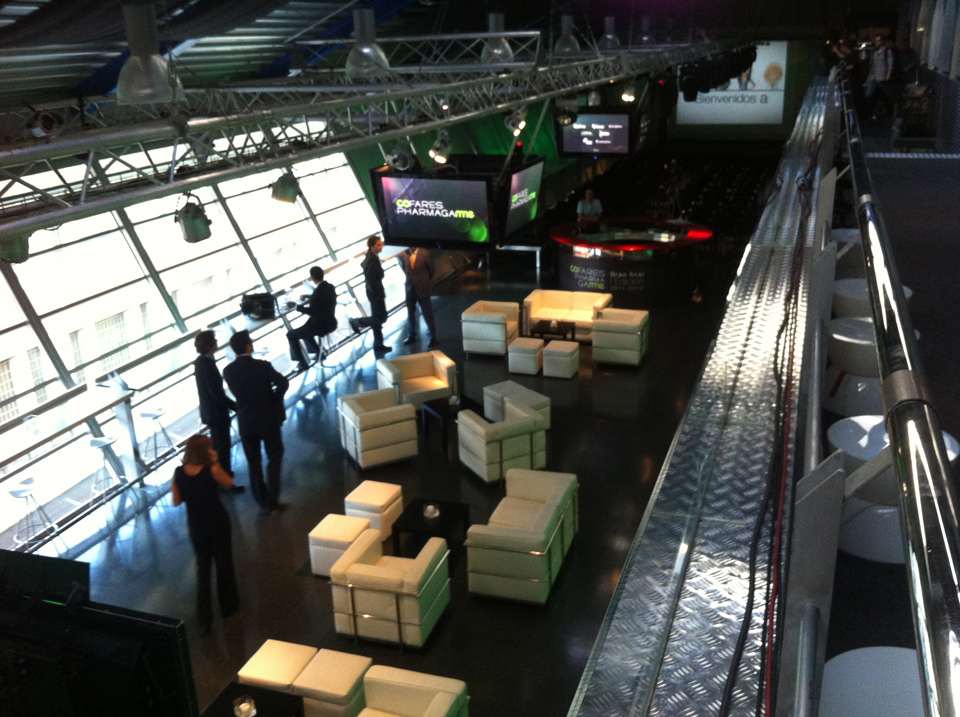 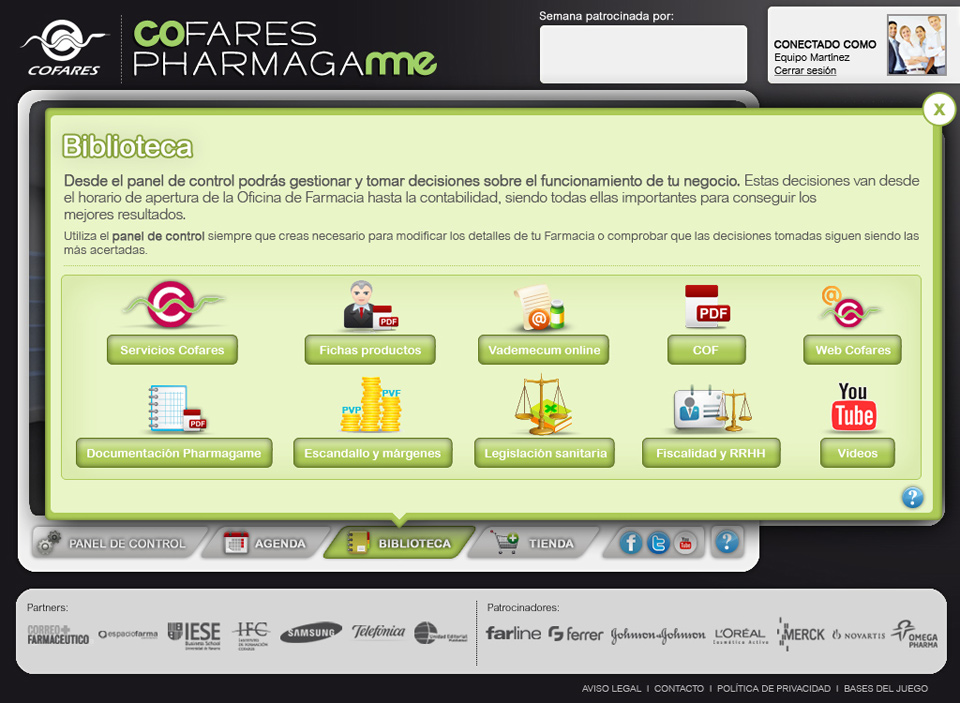 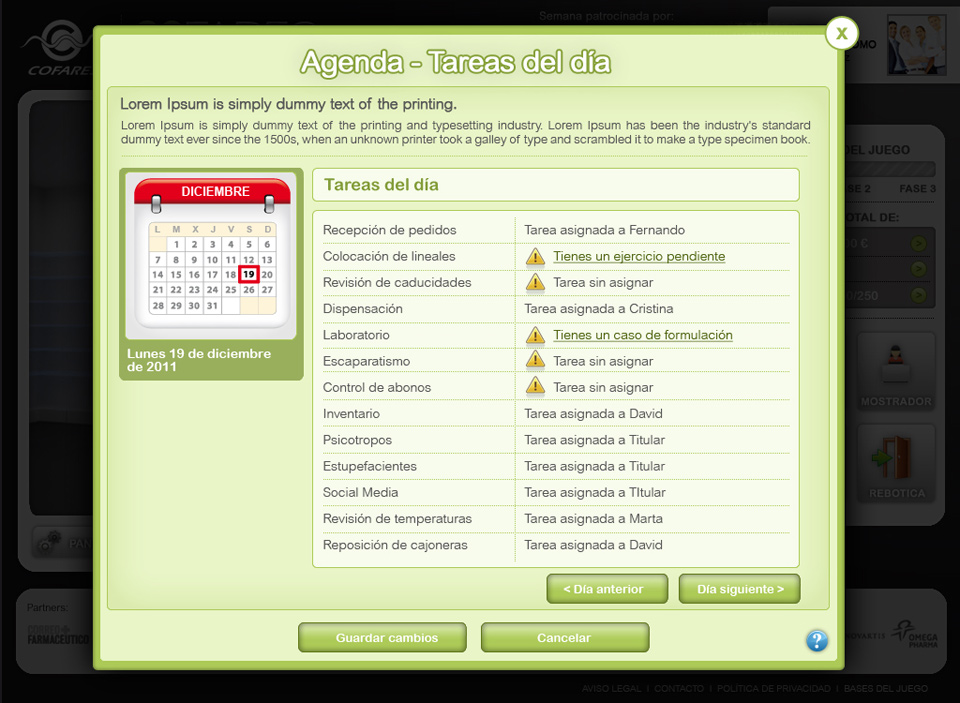 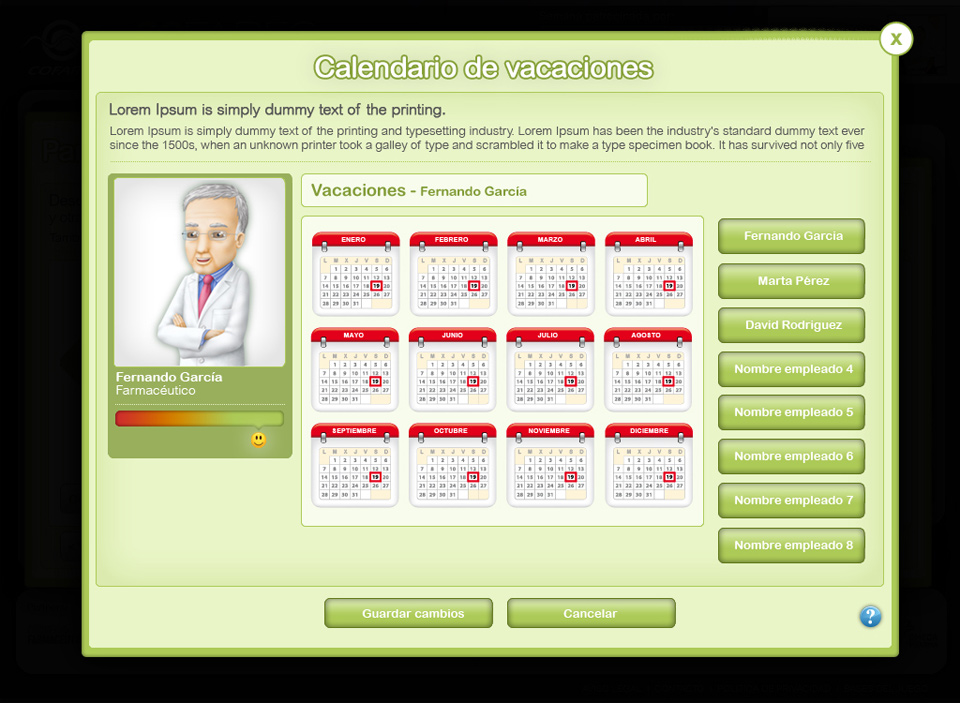 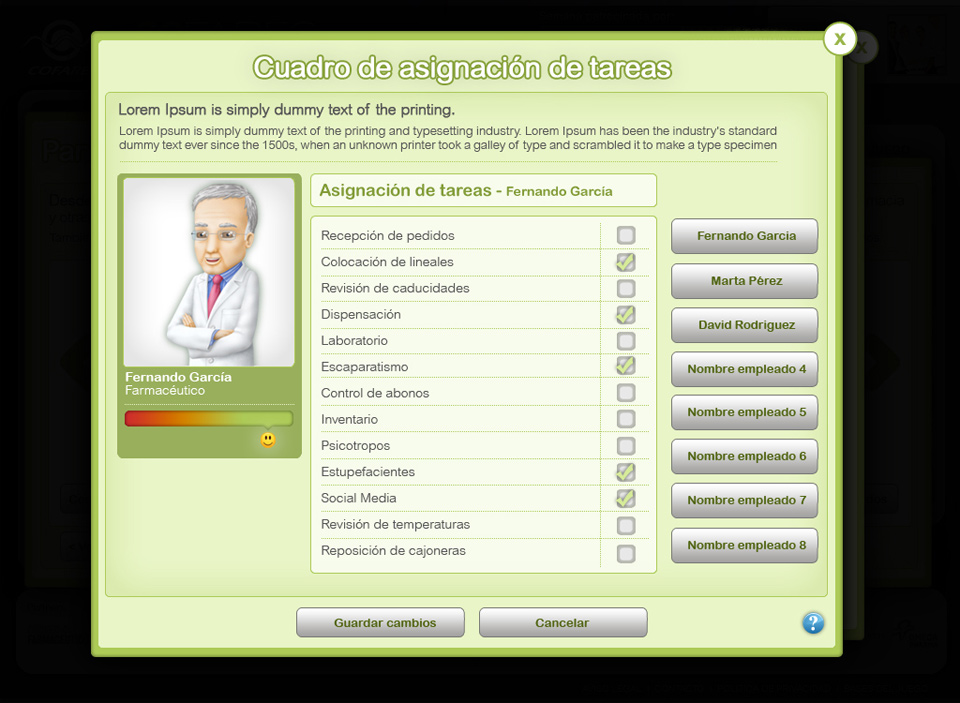 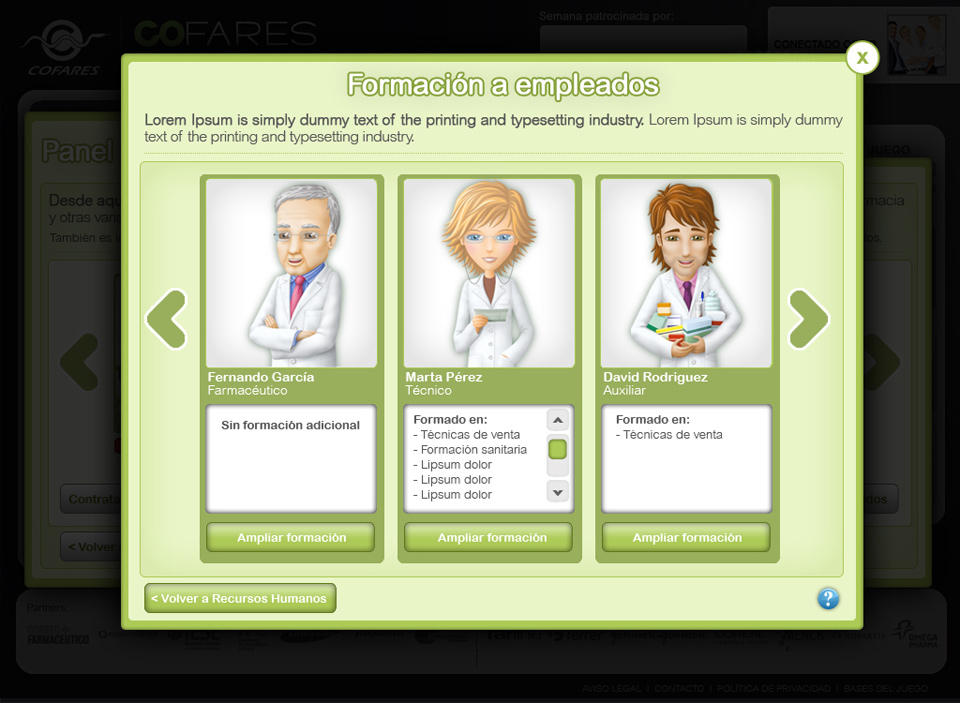 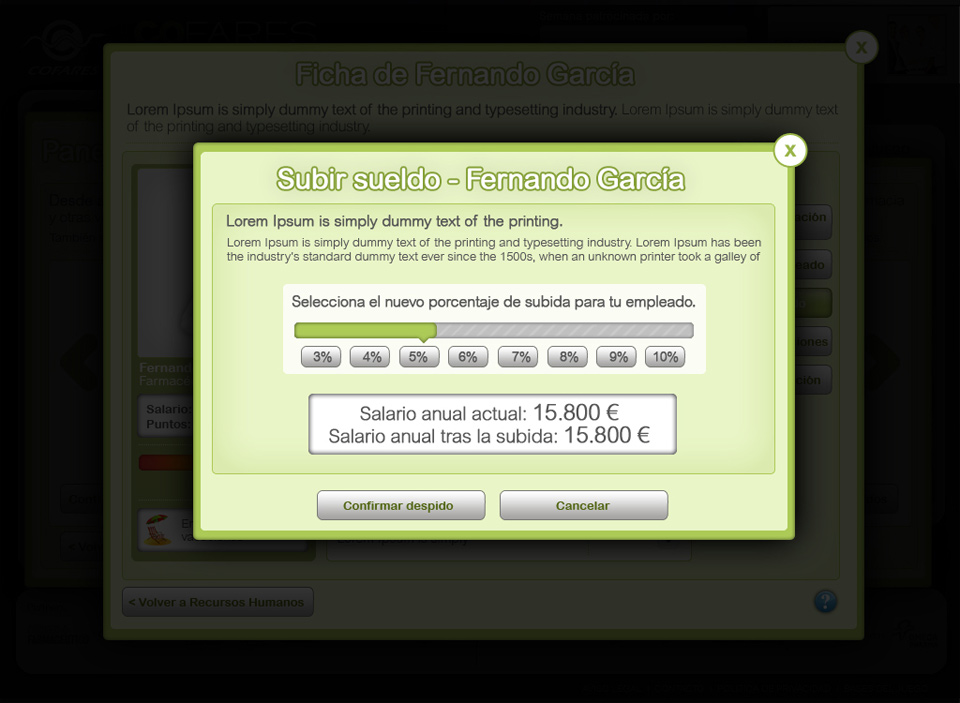 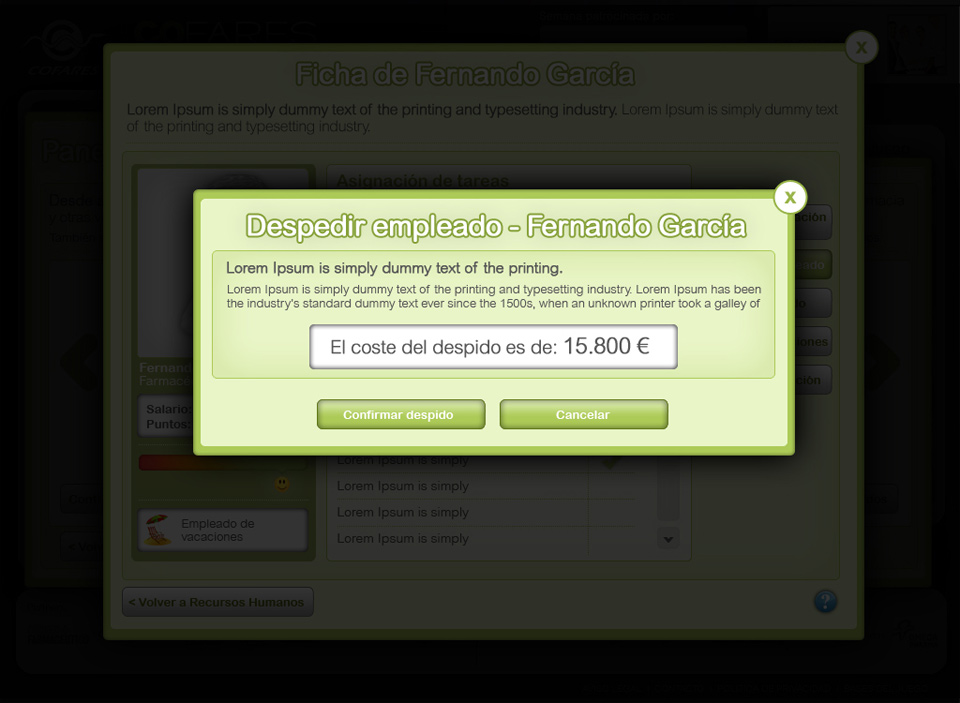 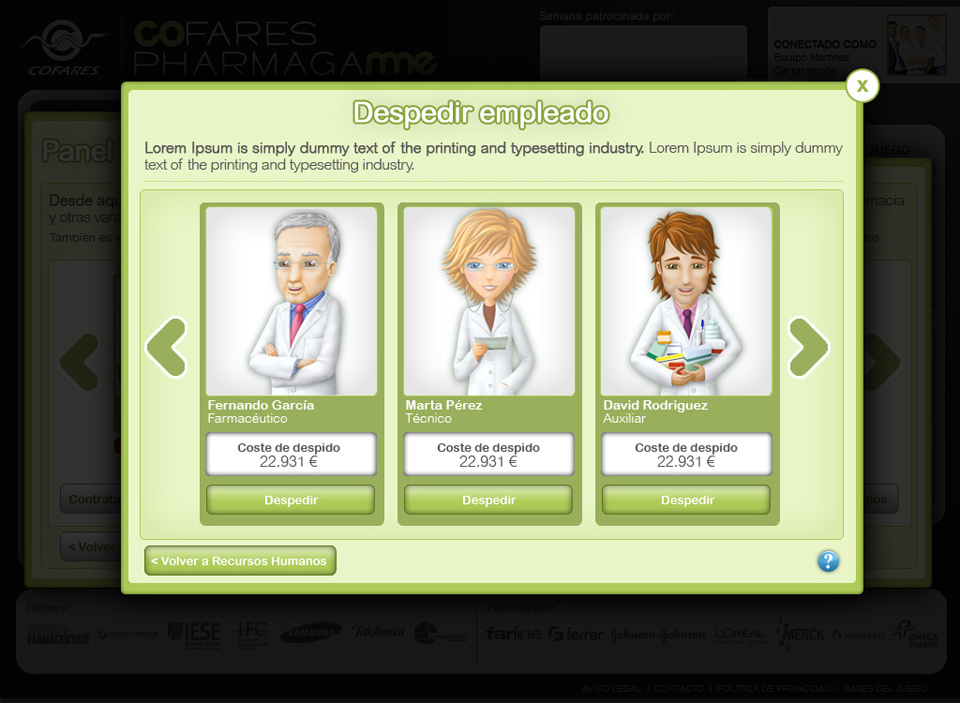 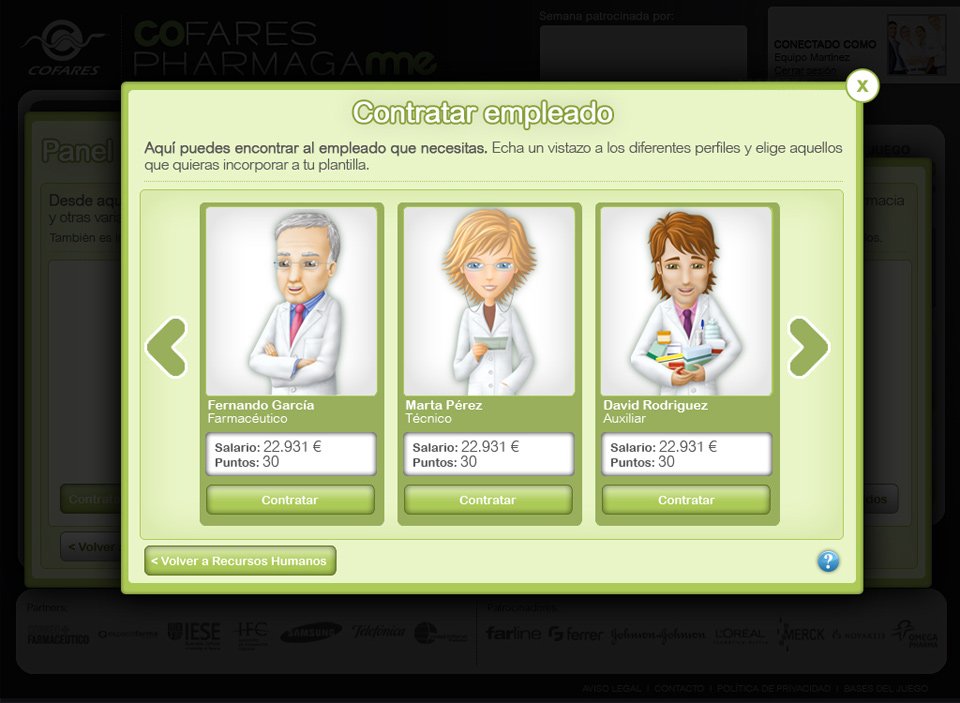 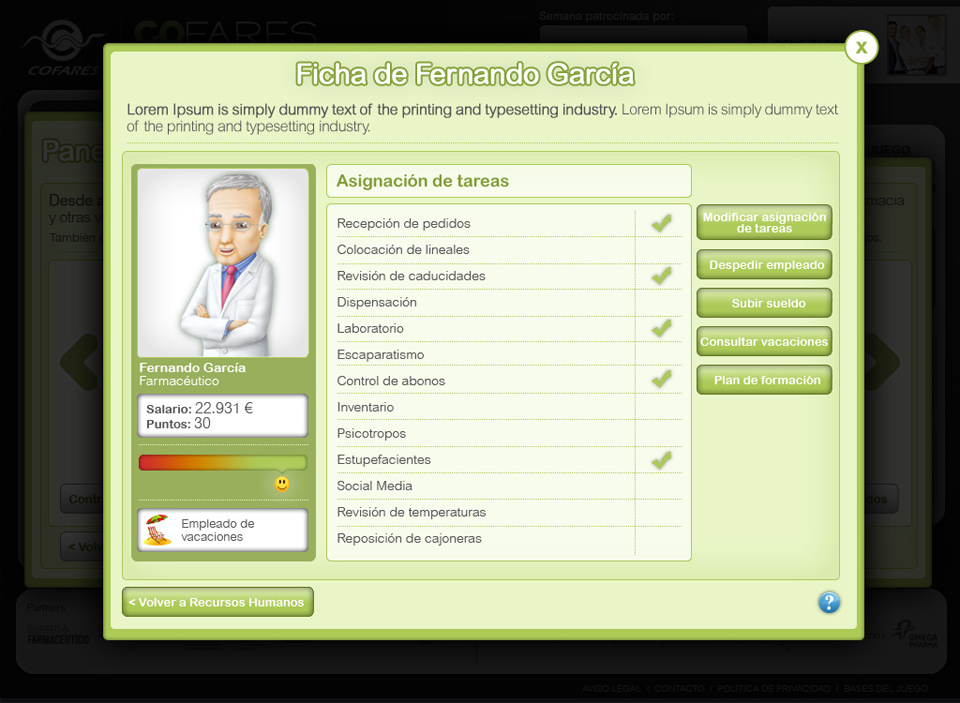 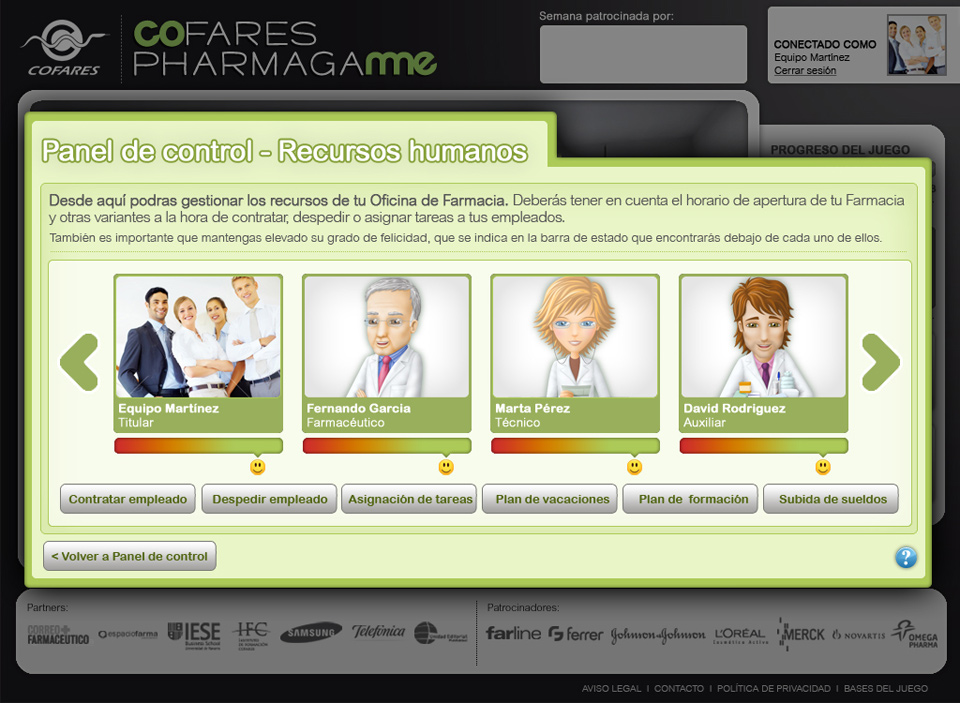 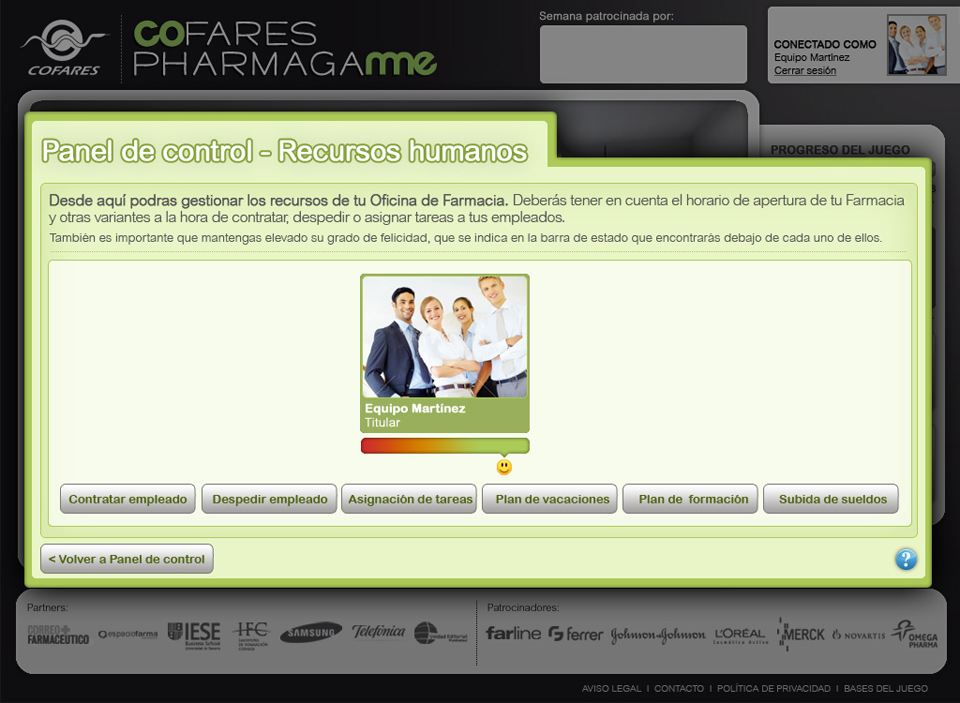 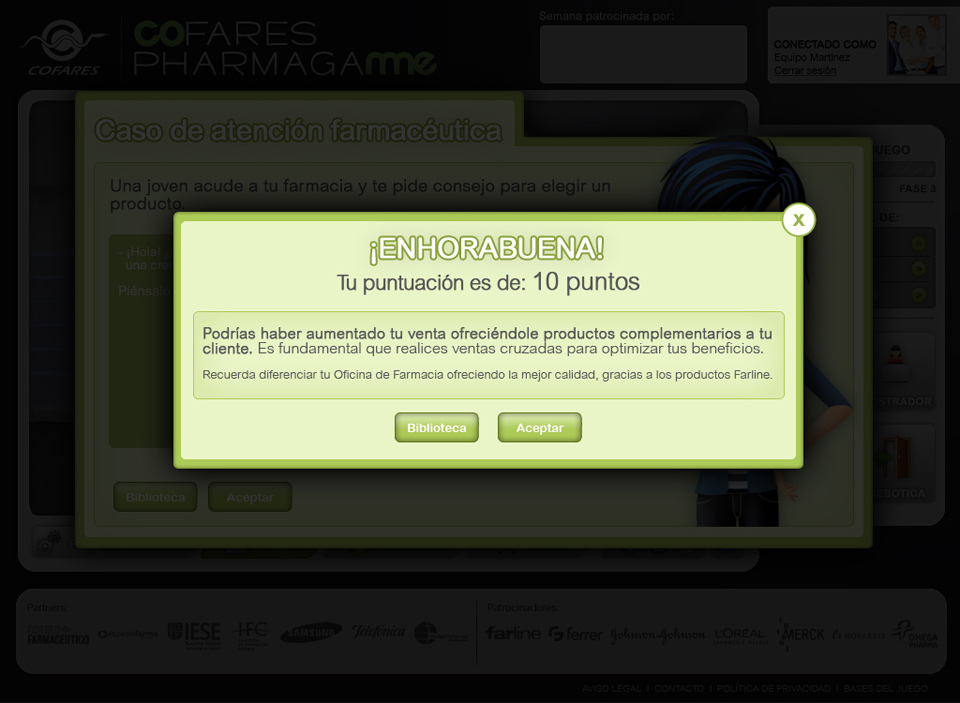 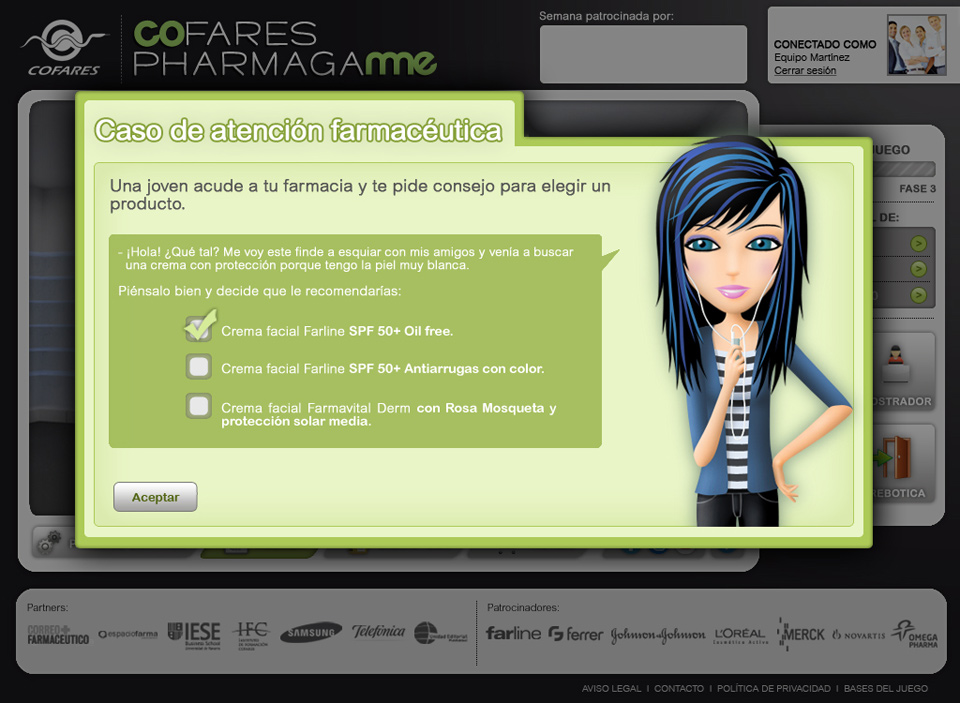 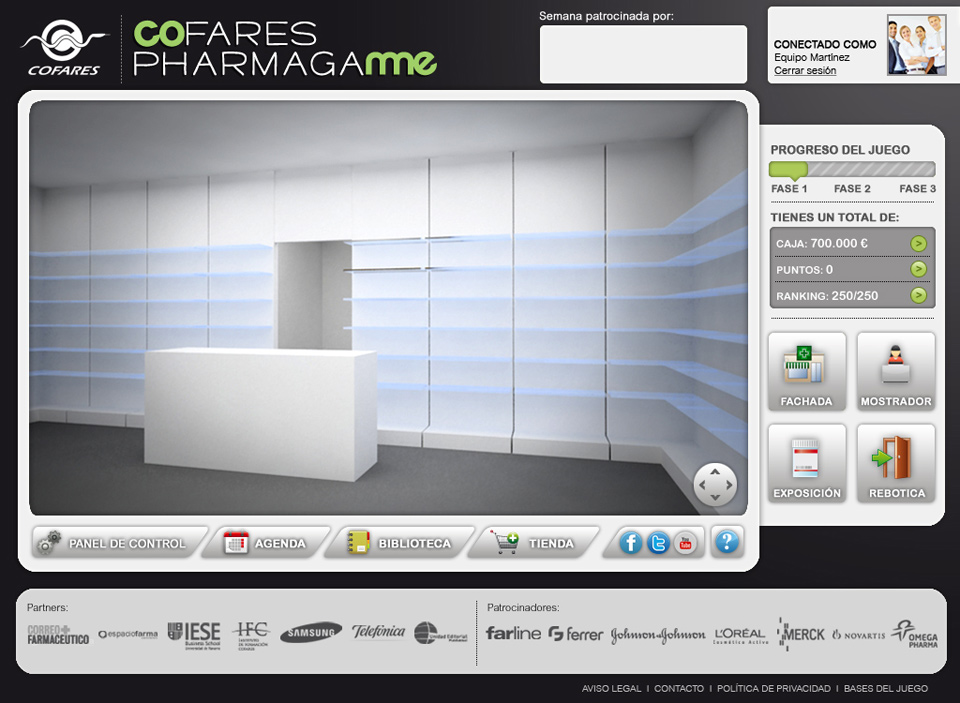 Cofares, leader in pharmaceutical distribution, wanted to make an online game aimed at promoting their services and making themselves known among pharmacy students.

The game consists of a simulator for defining and constructing a virtual pharmacy.

The participants start their business adventure with a fixed budget.
Along four months, participants must buy products, hire employees, define their tasks, vacations, responsibilities, as well as solve small challenges and day-to-day problems of a pharmacy.

The contest consists of 3 phases: Definition of the pharmacy, business development and final live.

During the definition of the pharmacy, the participants must furnish it, buy products and define the visual marketing.

During the business development, they must hire employees, define their tasks, their schedules and salaries, as well as take the economic management of the pharmacy.

The live final consists of a tie between the three teams with the highest score.

For the live end, an off-line closed system was implemented in addition to a series of applications for public information screens.

The contest was an absolute success and in fact was repeated in three calls.

Have a look to the trailer made by Cofares