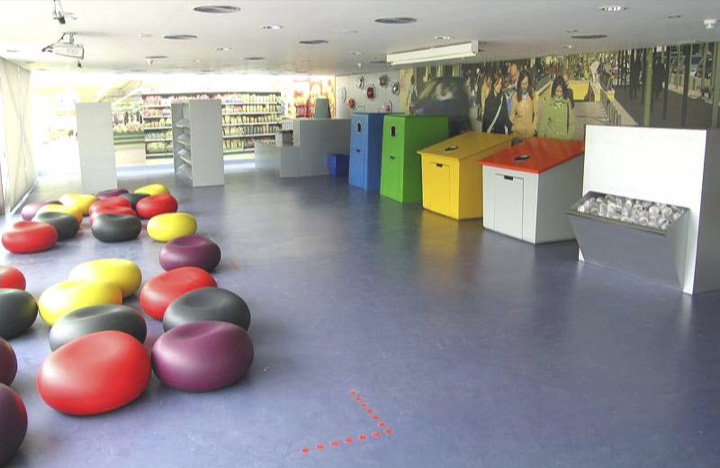 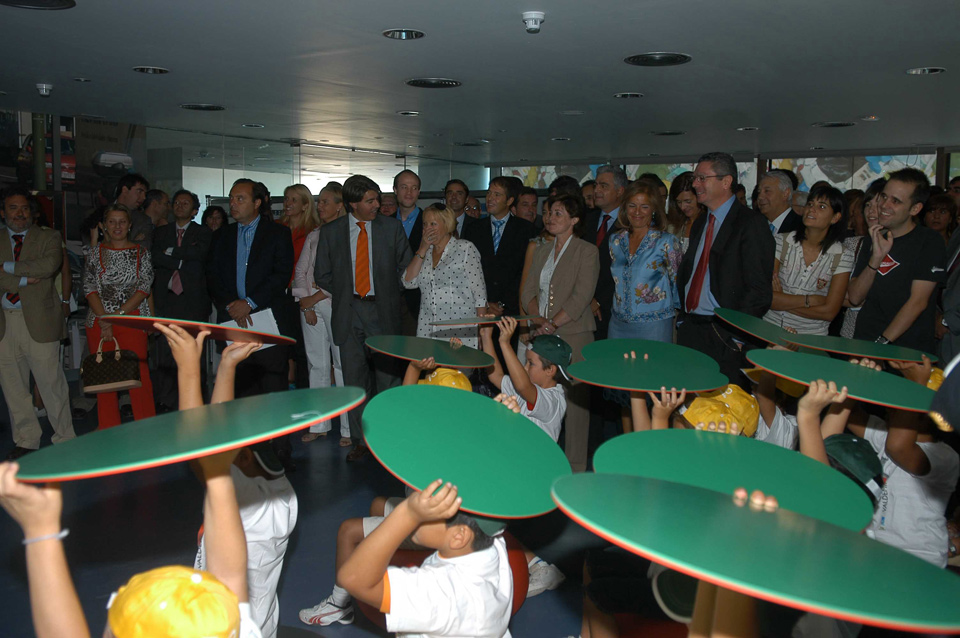 For votation, visitors should raise their disc in the proper color 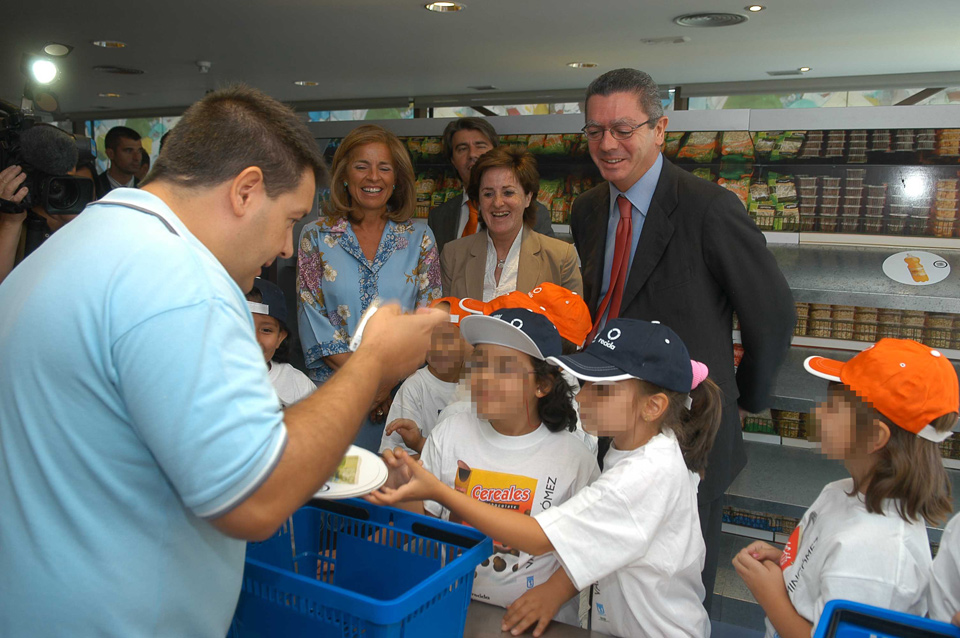 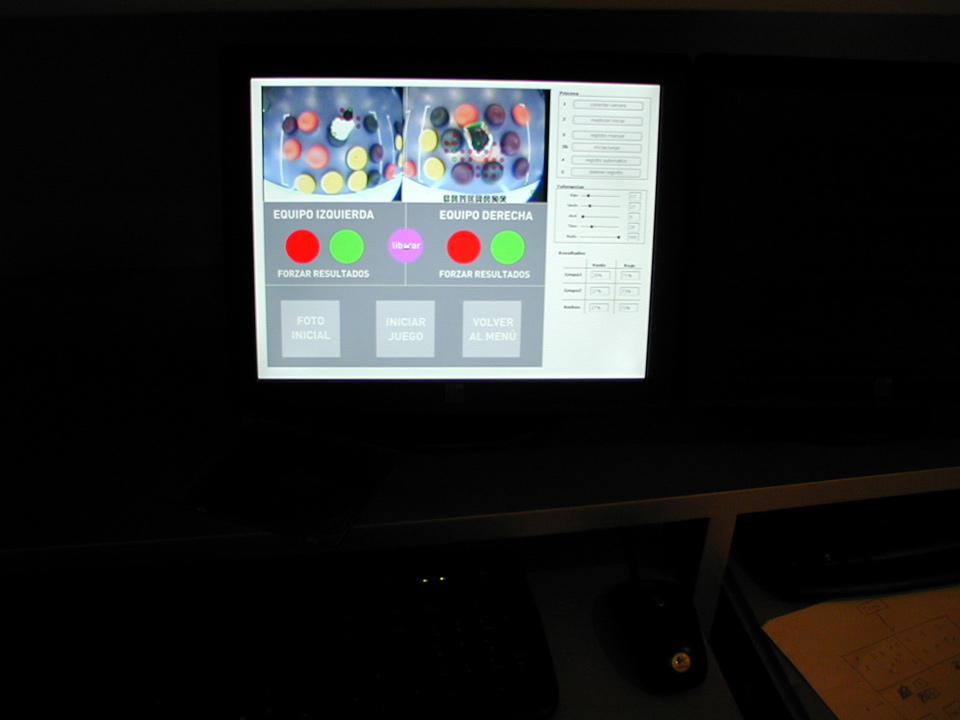 Touchscreen with Control Panel. The moderator can see the result of the votation and also, force a result if the calibration is not clear 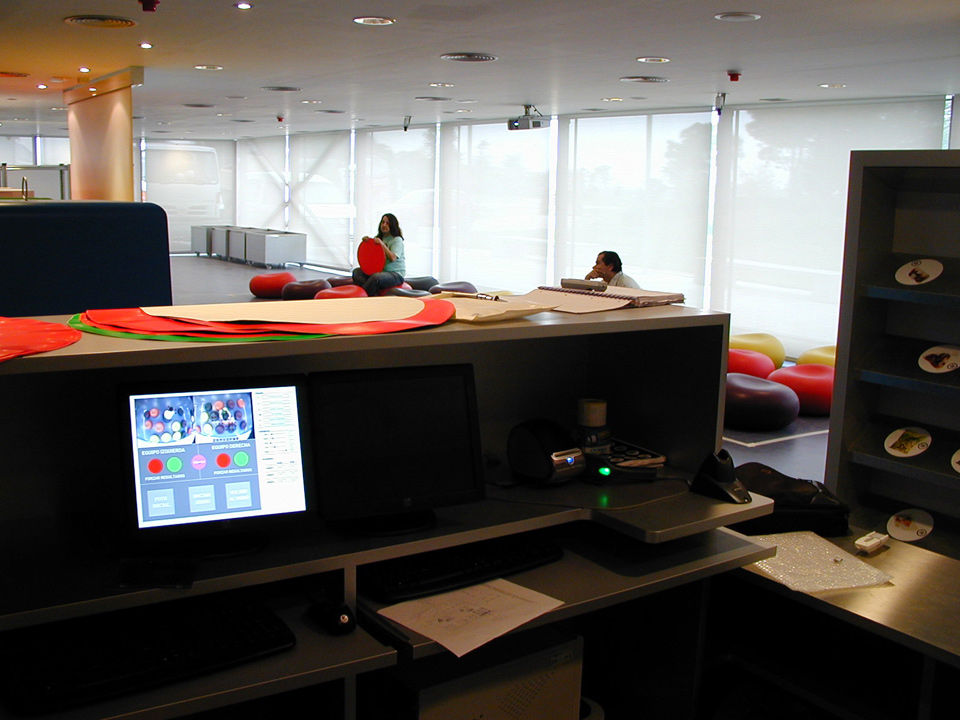 Touchscreen with Control Panel. In the background the cameras are located on the roof and provides a cenital view of the players 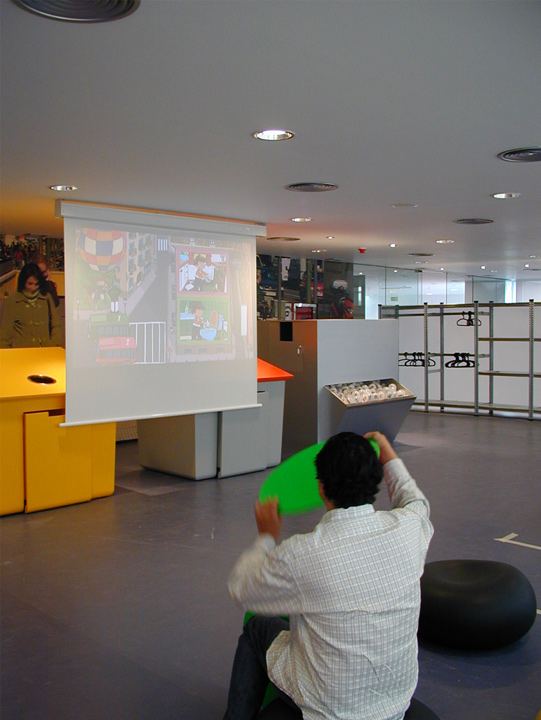 Visitor raise his disk on green color to vote “yes” 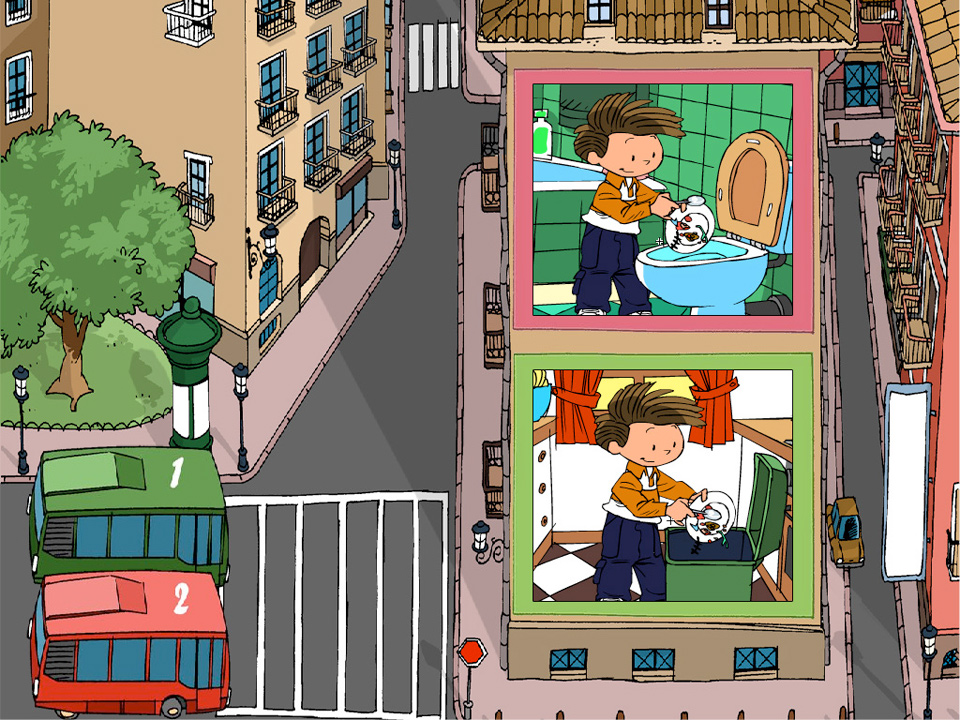 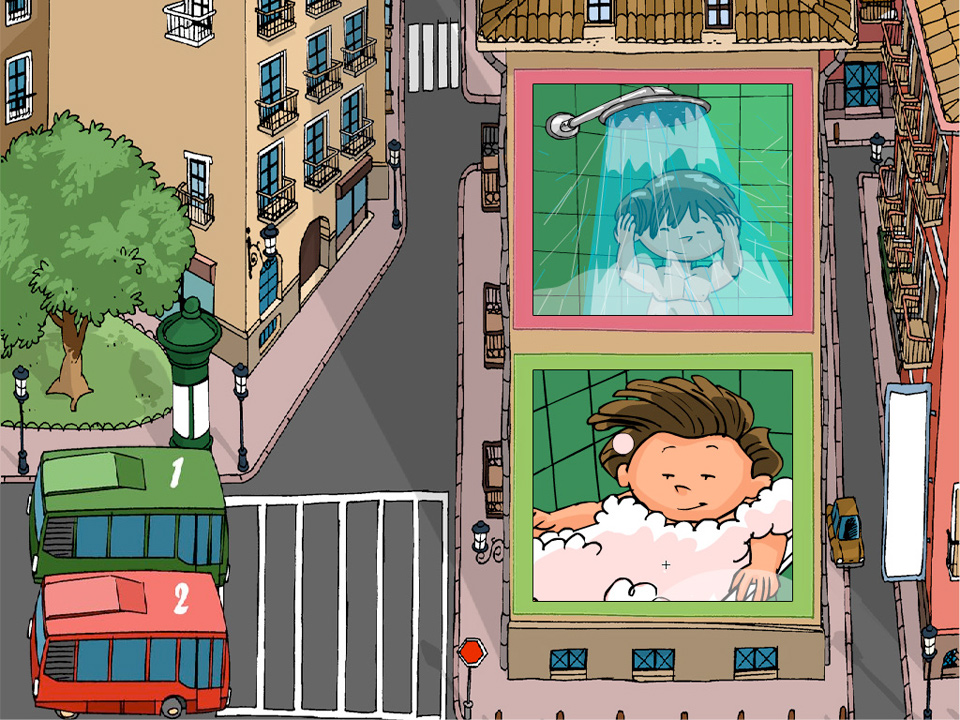 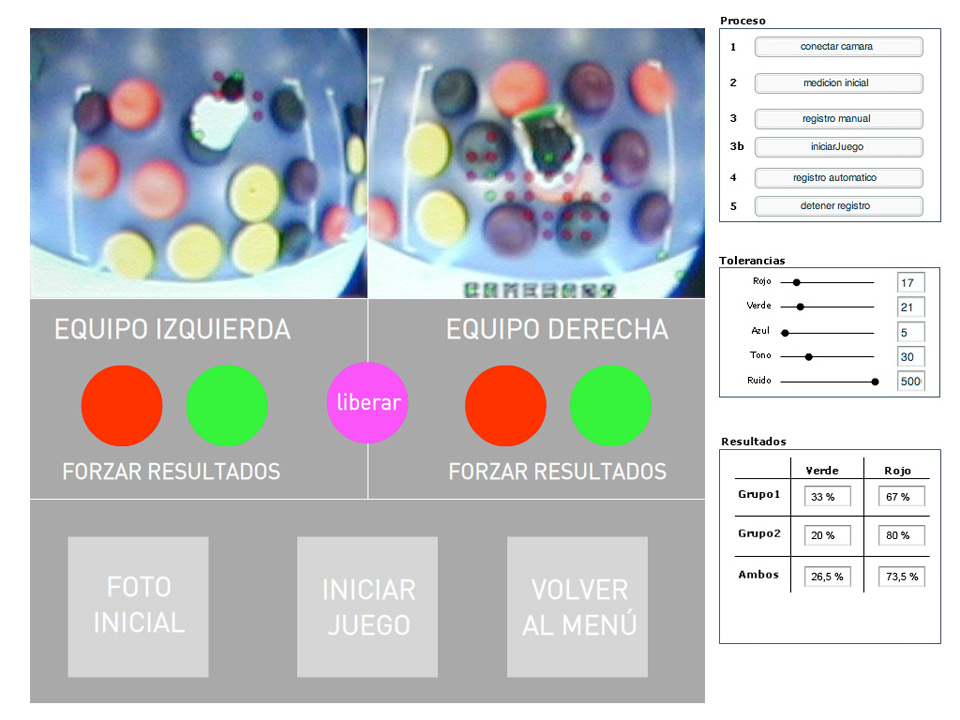 Easy to use control panel with big buttons. On top, the camera streams and the color percent markers are visible 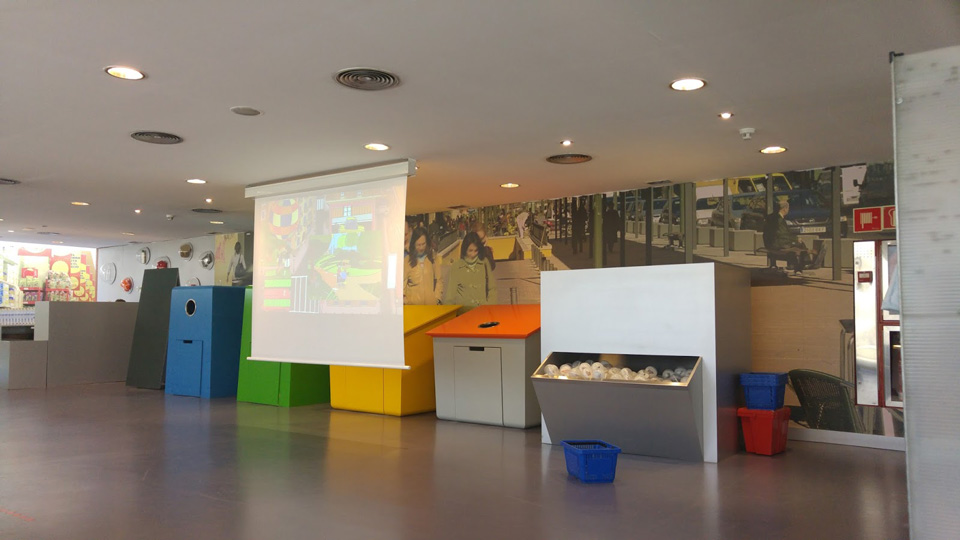 A Recycling Interpretation Center was inaugurated in the Valdemingómez Technological Park (Madrid).

Among other pieces, a multi-user interactive game was requested to be played by 2 different groups reinforcing the didactic action.
This game consisted of a multimedia piece with animations in which two groups of several students played together answering questions about recycling.
For the interaction, a computer vision system was considered.

After asking a question, the children lifted a disk with 2 faces (green = YES, red = NO). The cameras should capture the color variation and provide the game with a percentage response.

Hired by Artempus, Colorao programs the optical voting system and integrates it into the logic of the game (developed by others).

This system analyzes the camera stream, extracts the color information and compares it with a neutral sequence. Depending on the color performs a percentage approximation and passes these values to the game, which respond to it.

The application was mounted on a touchscreen with a very simple interface allowing moderators to control the rhythm of the game and votings.

Since the game was played in a hall with natural lighting, the lightning values could change depending on the hour of day or outside weather, thereby altering the accuracy of the measurement.

To solve this problem, Colorao also included a color calibration system so that it could be adjusted to each voting and thus achieve the most accurate results possible.