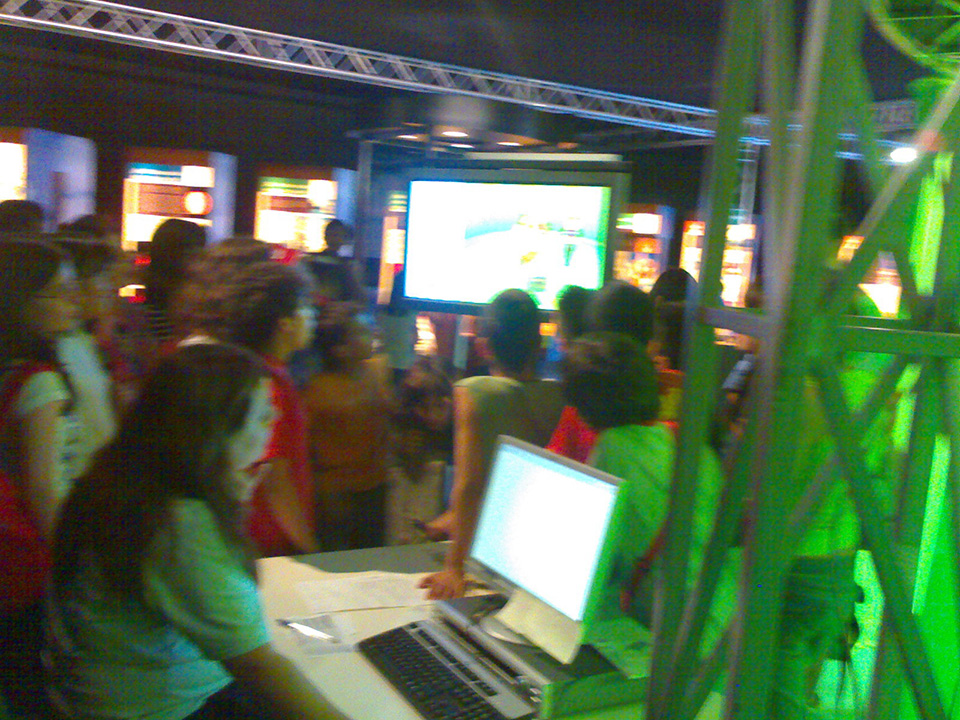 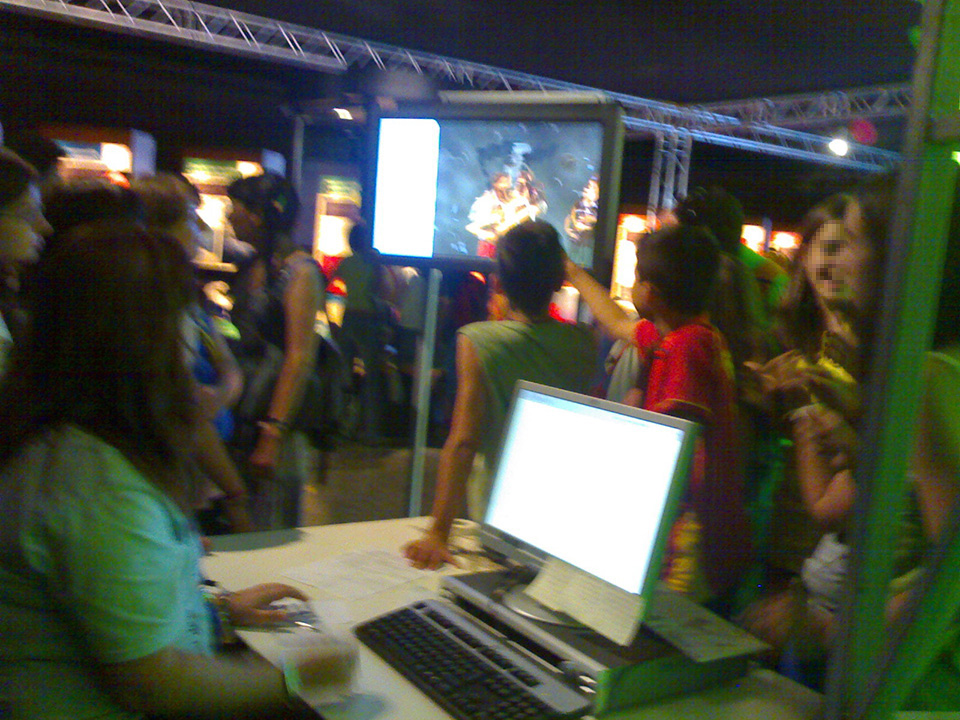 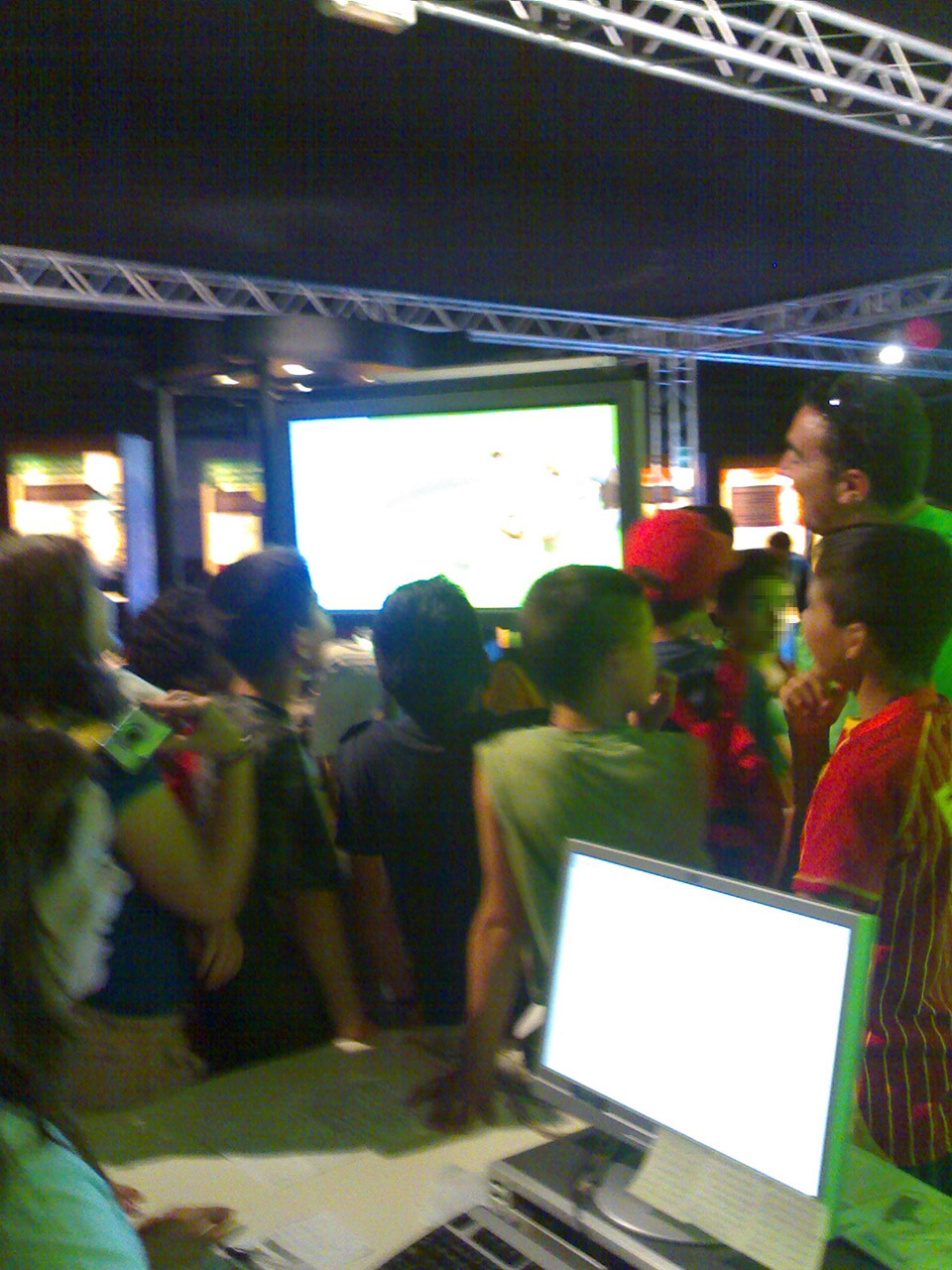 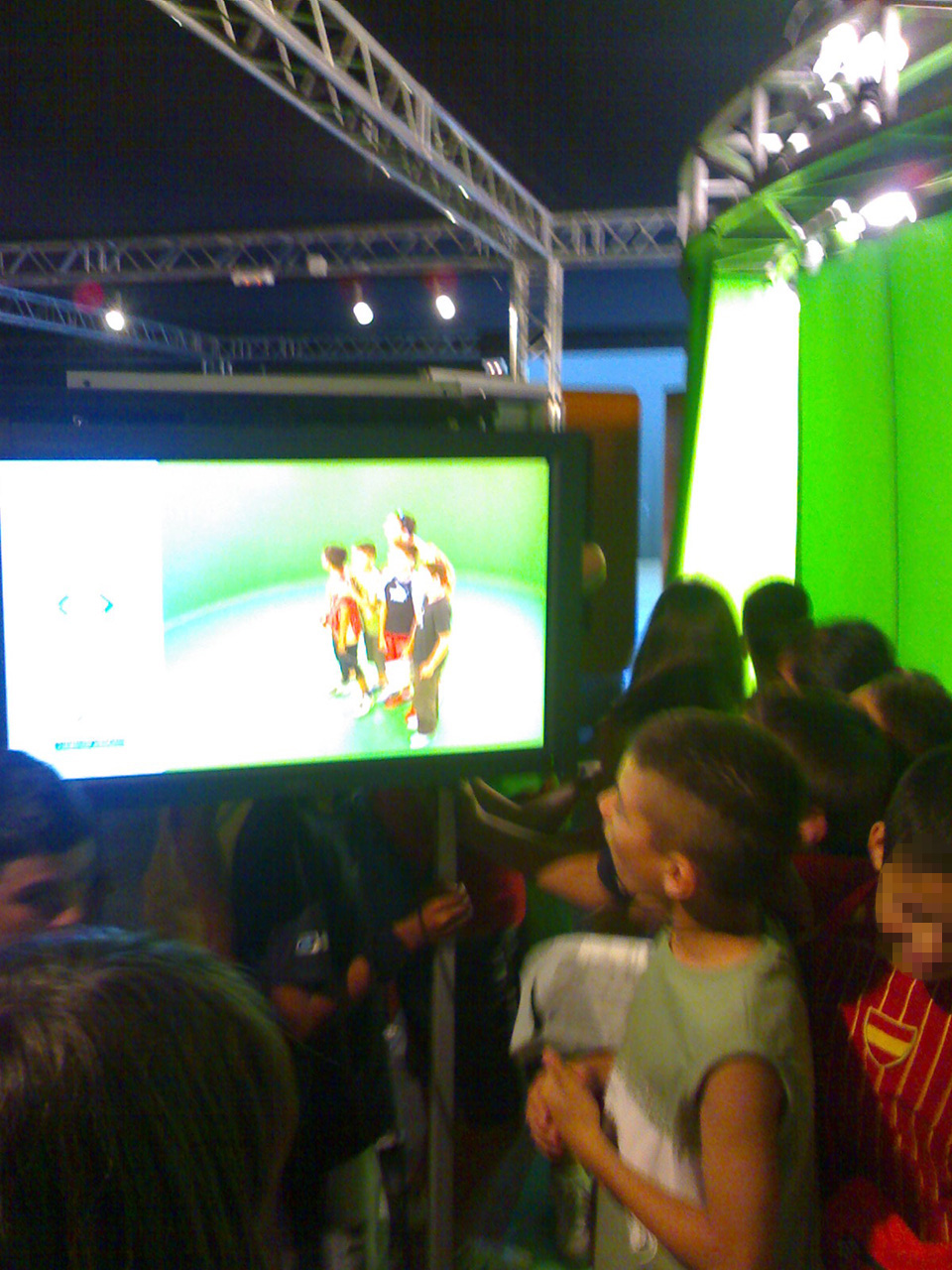 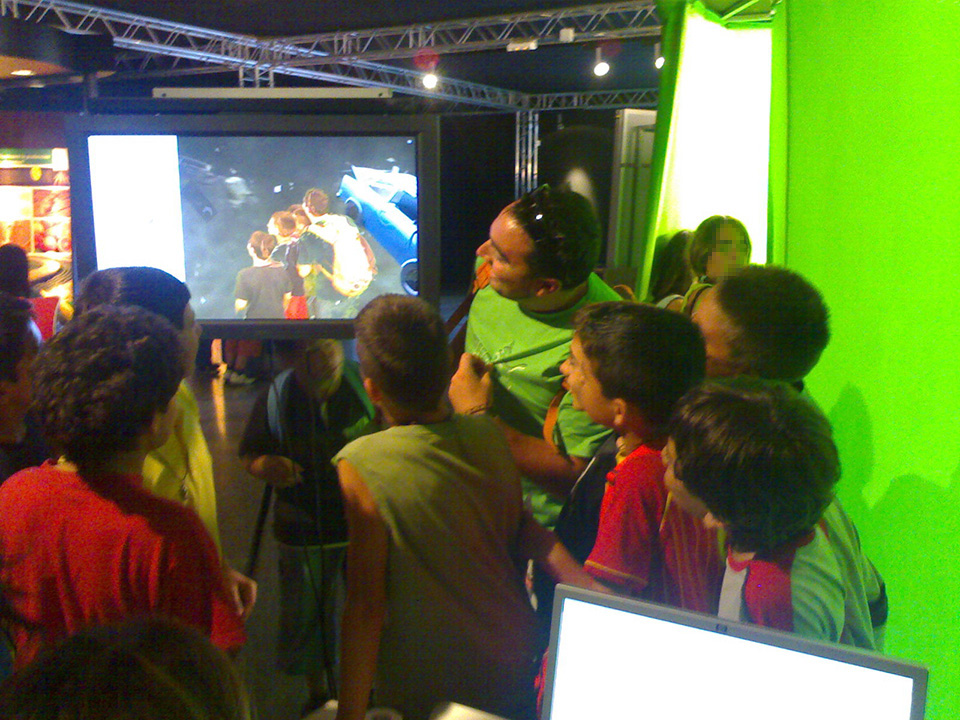 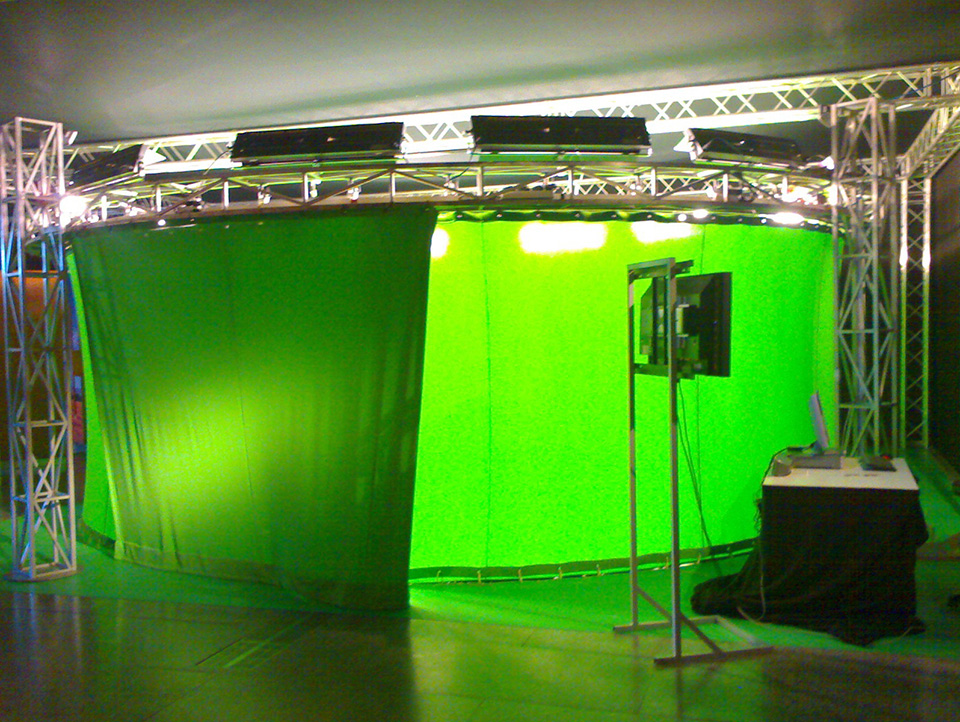 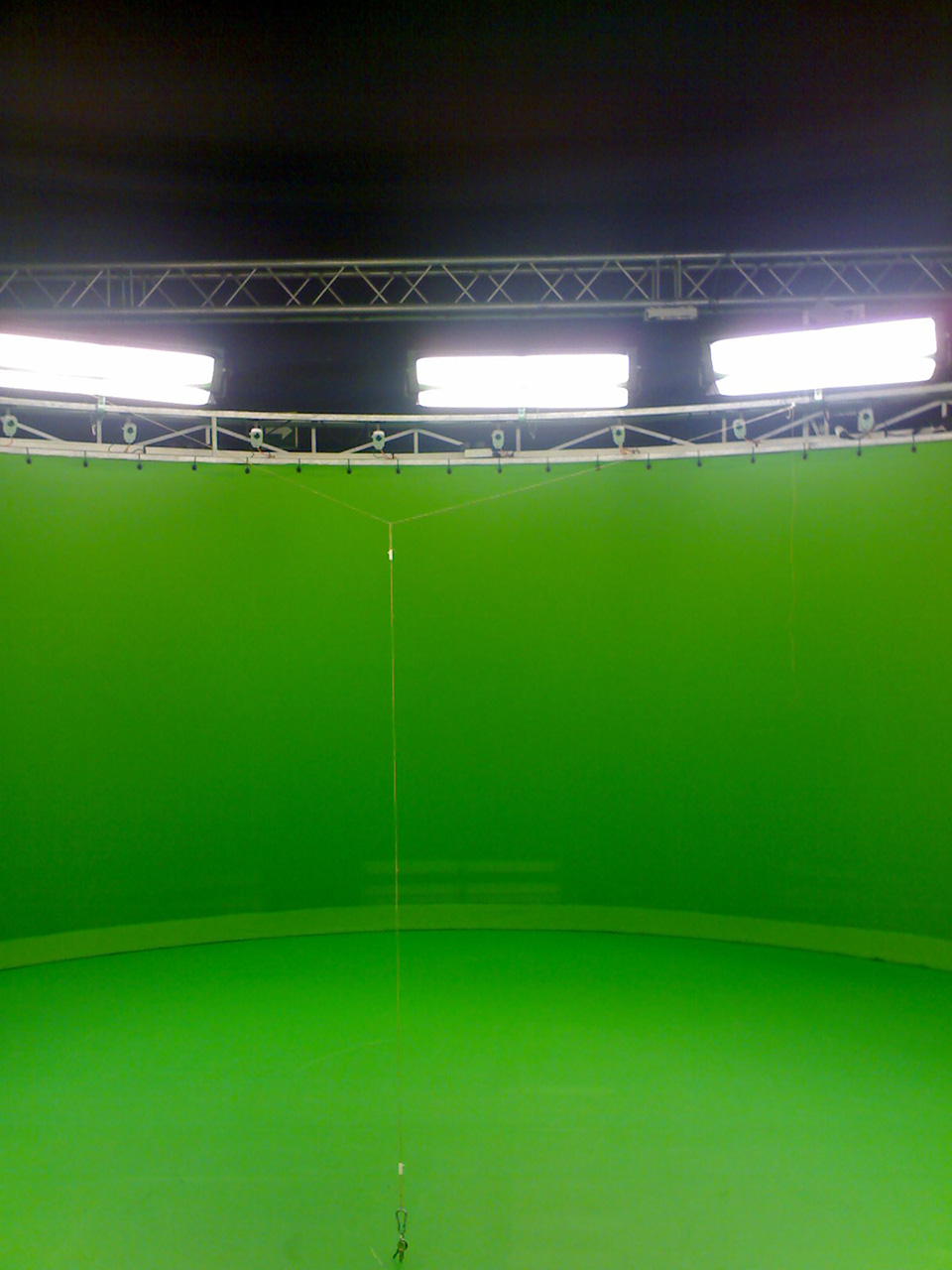 Low tech calibration system. One vertical thread in the middle of the stage with two markers on it. 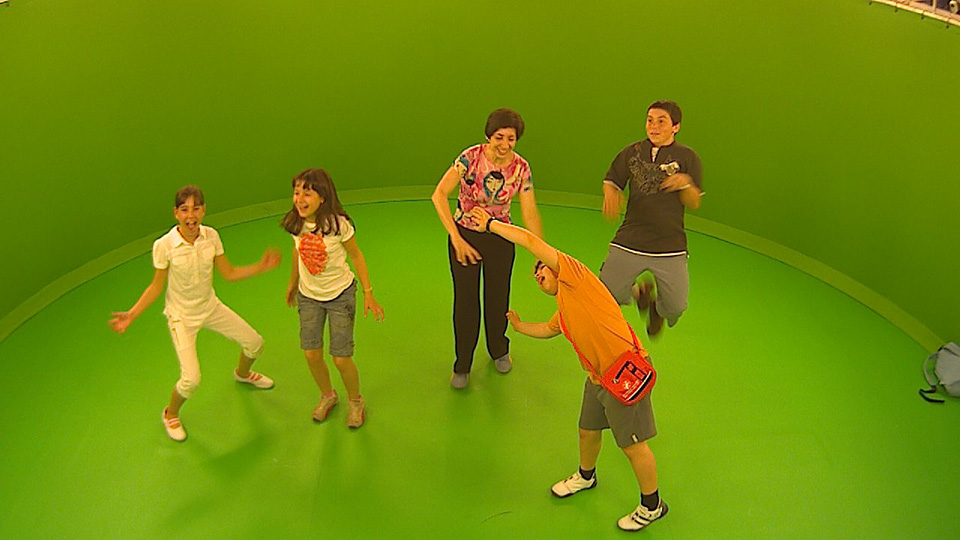 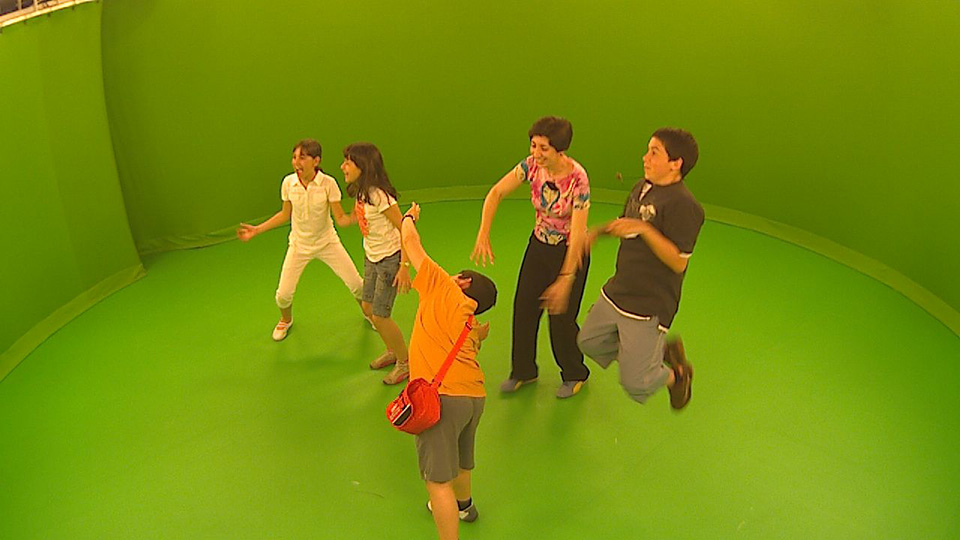 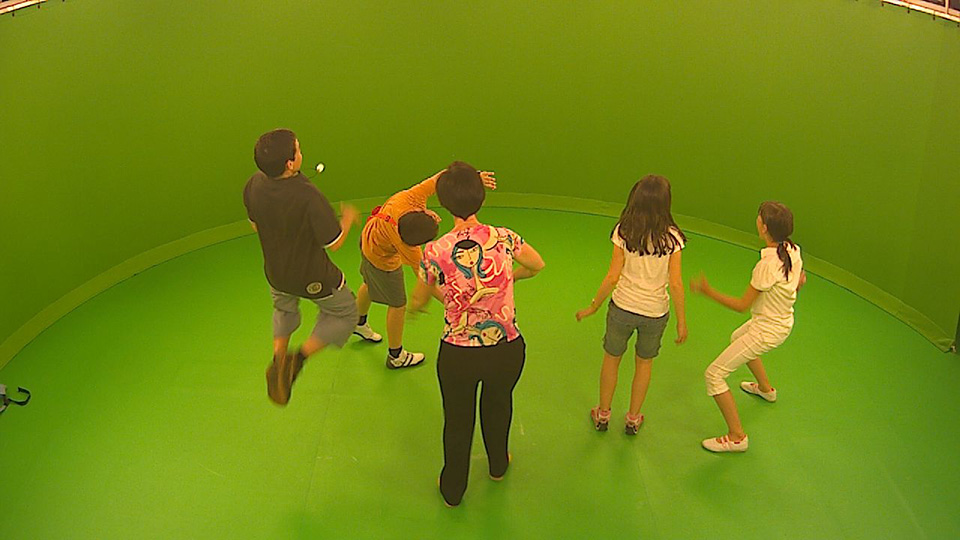 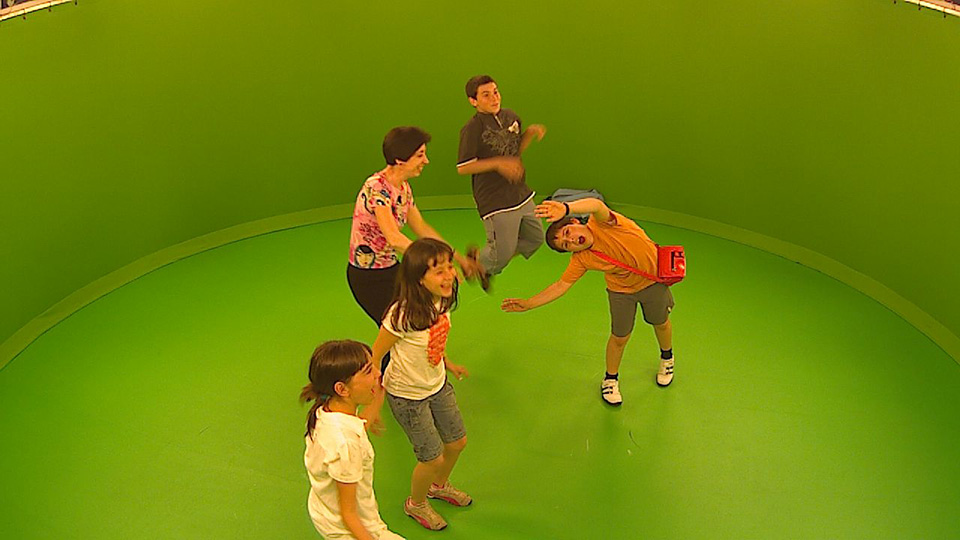 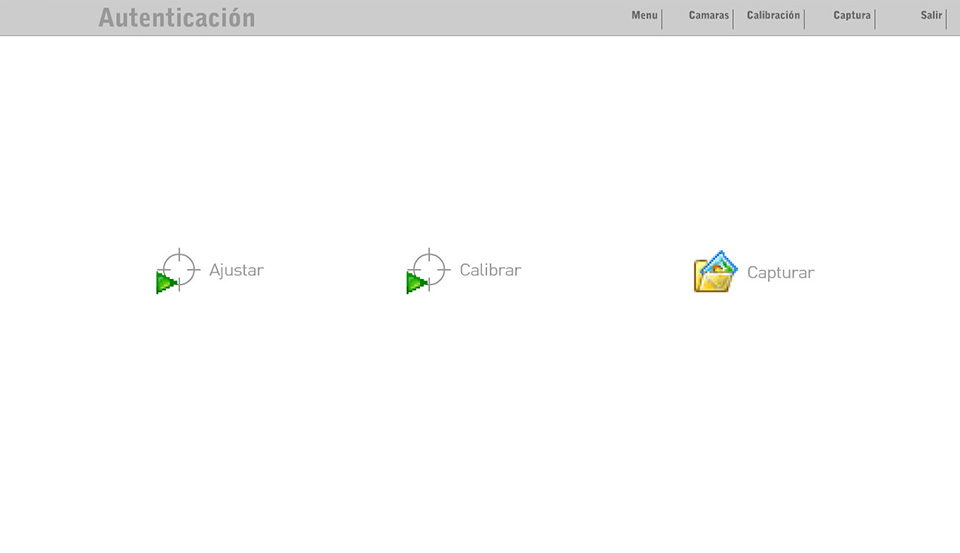 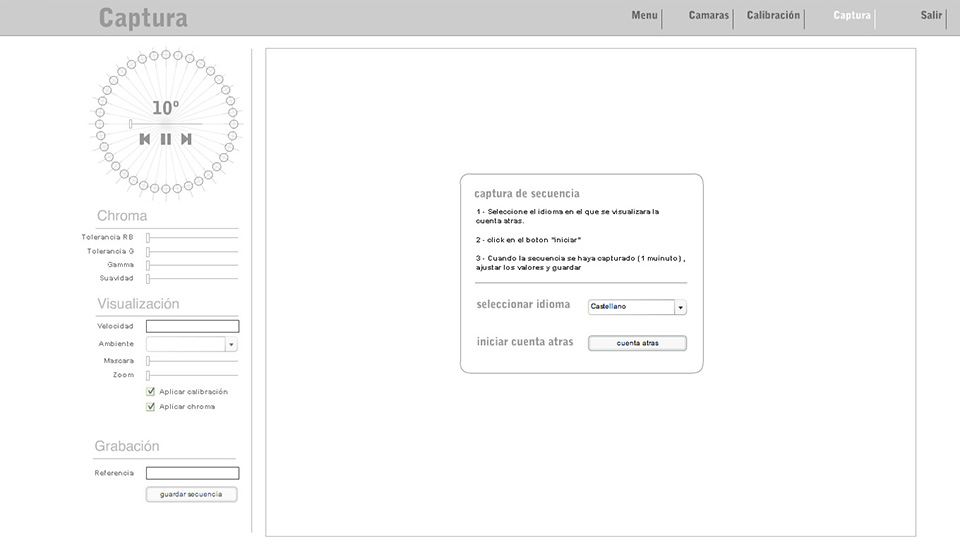 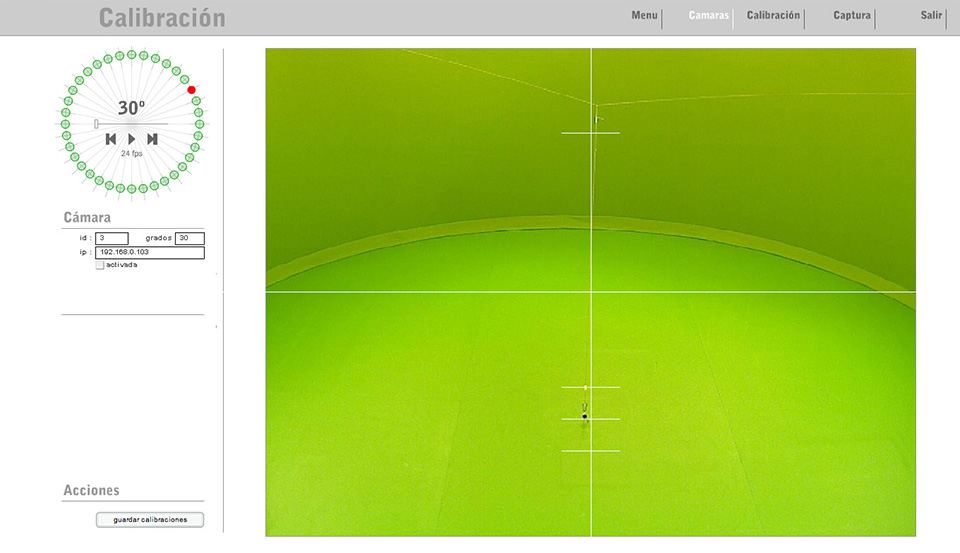 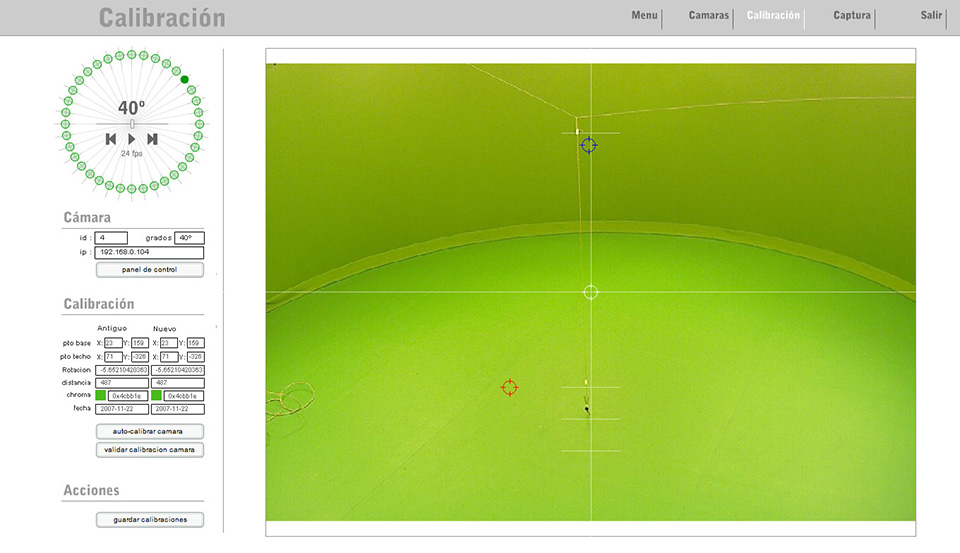 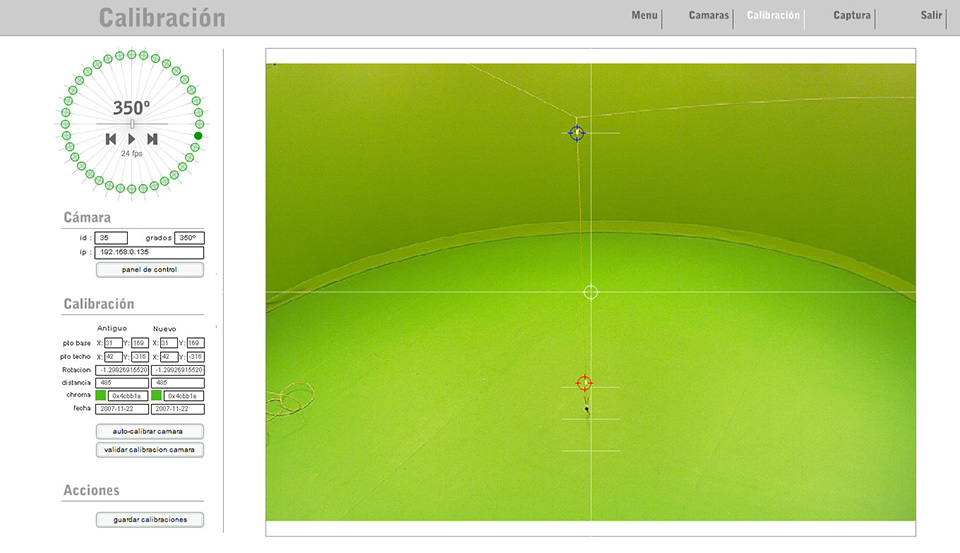 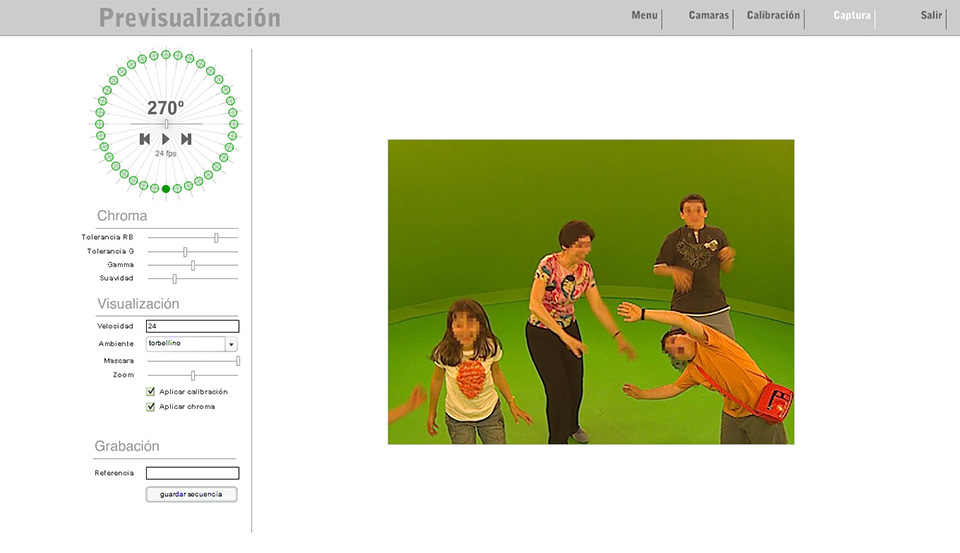 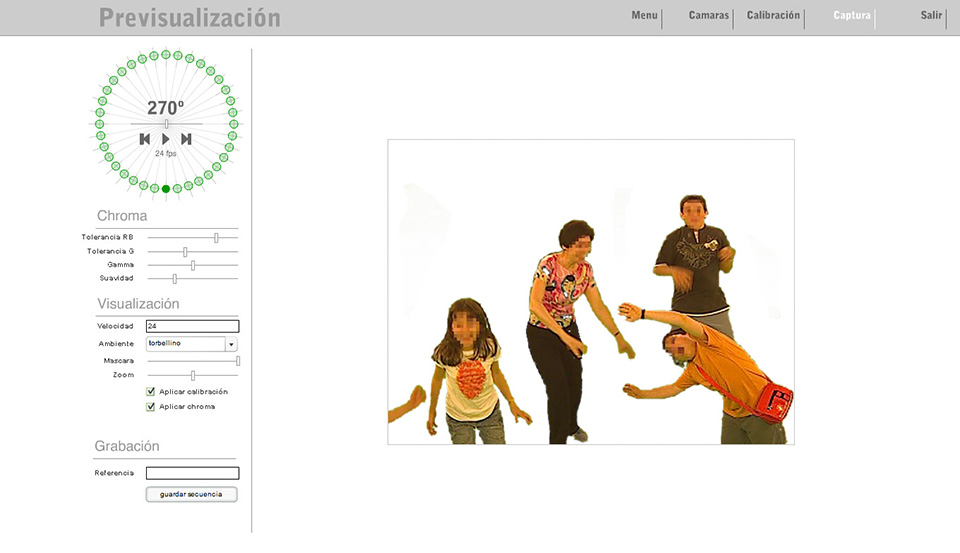 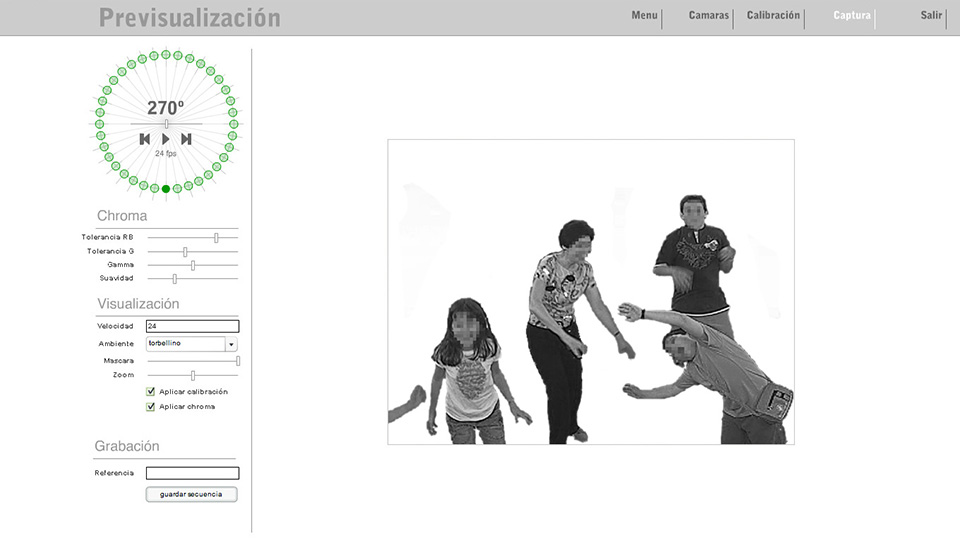 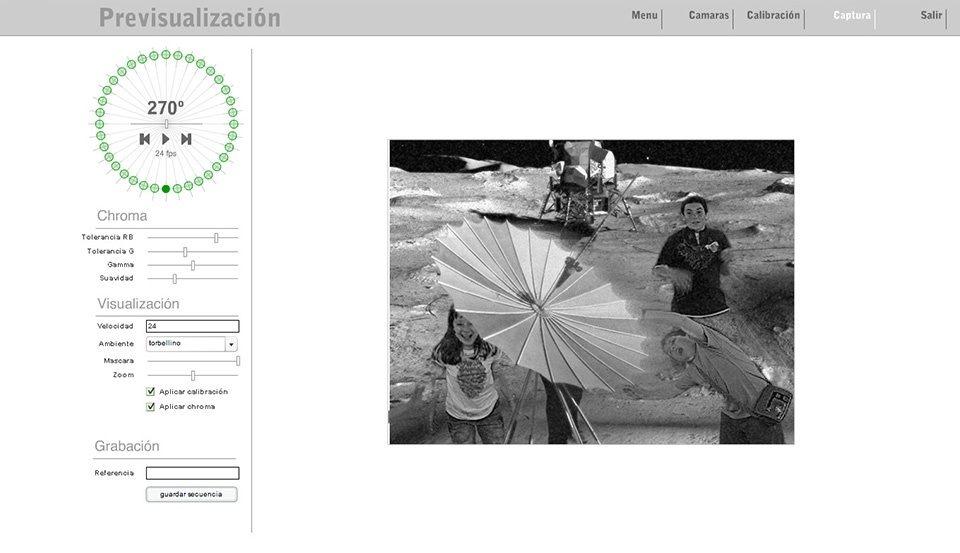 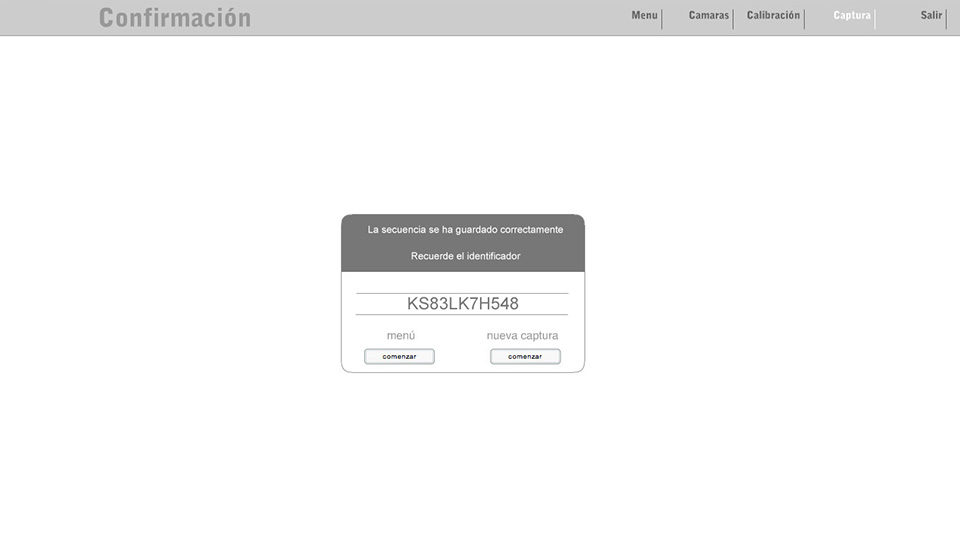 Capture Tab. Once the sequence is ready, the system packs and stores it in the CMS for the visitor to later request it in the Museum’s Shop. 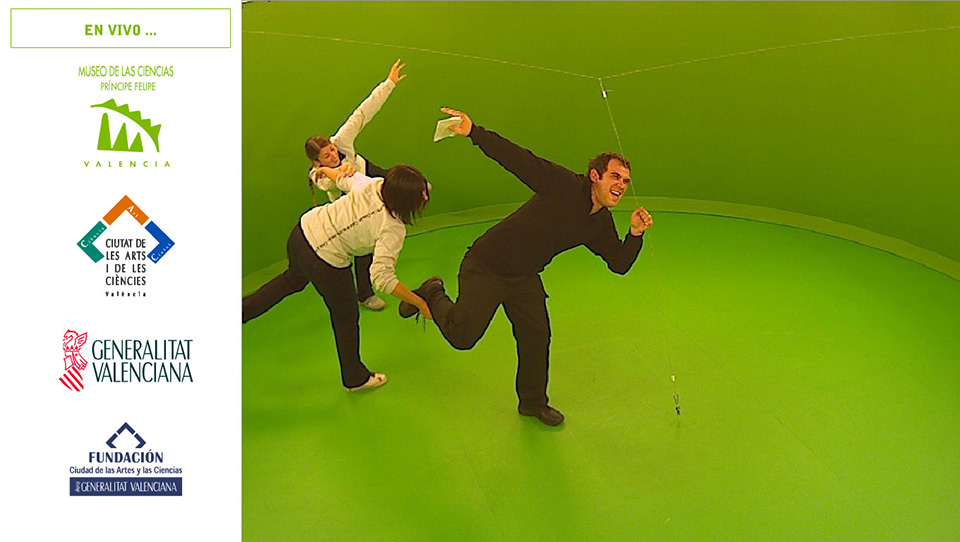 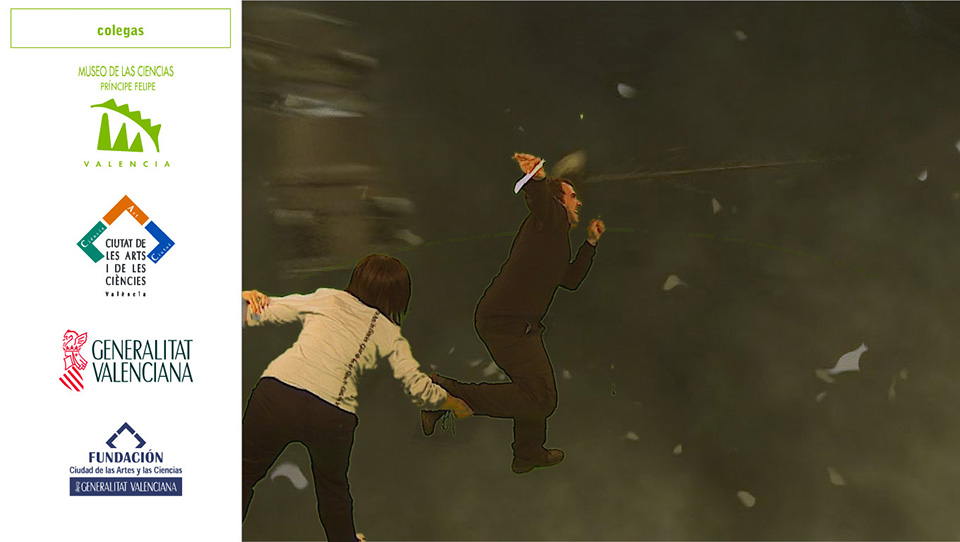 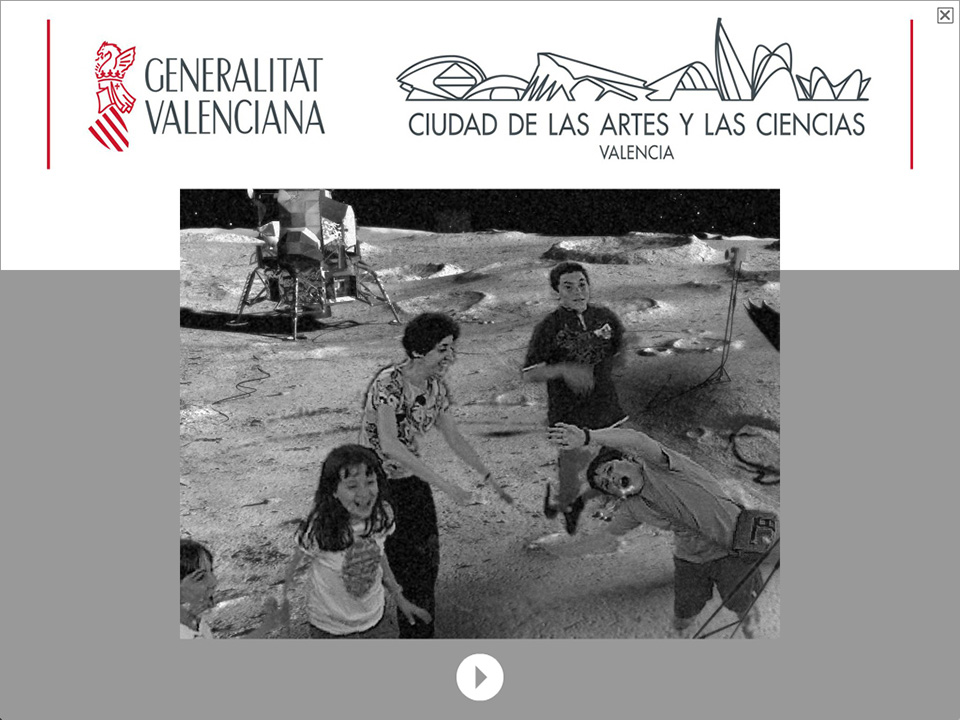 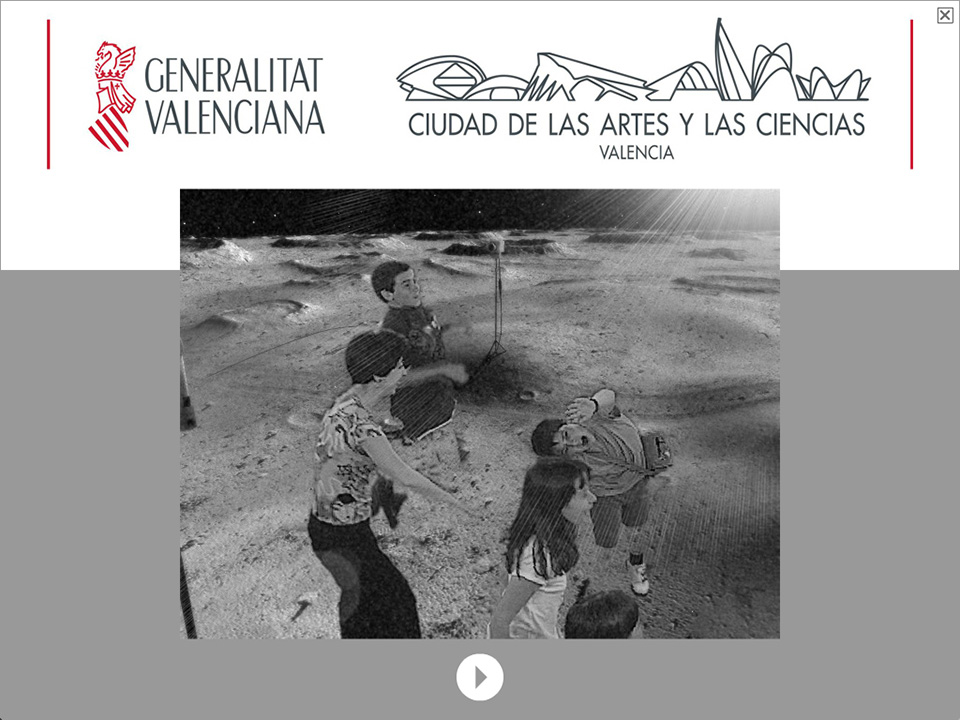 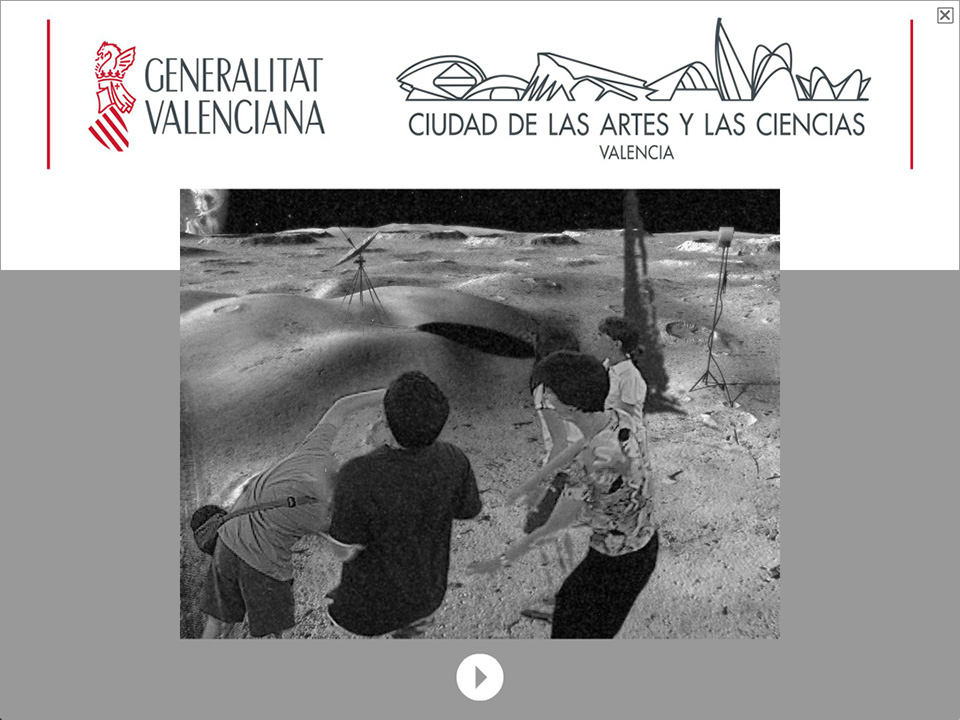 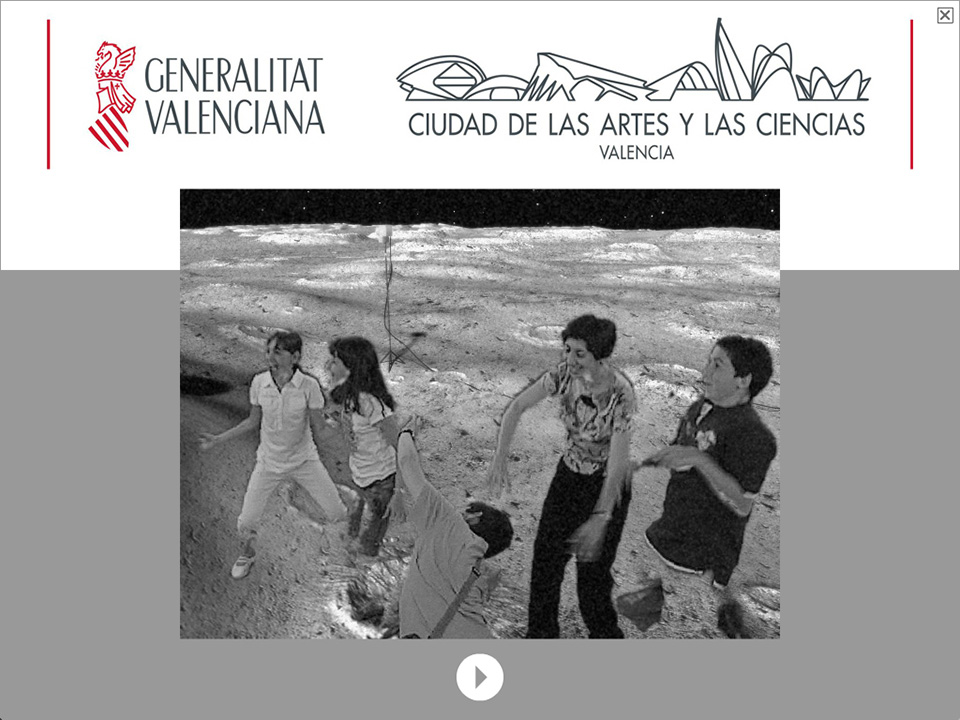 On the occasion of the Climate change exhibition , the Prí­ncipe Felipe Science Museum, wanted to set up a multimedia installation with a chroma key to simulate a twister in real-time.
The software should replace the green color by a tornado effect. At the end of the image capture, the sequence should be accessible from the Museum store to be recorded on a CD and delivered to the user.

Programming and assembly of cameras
On the metallic structure, 36 IP cameras were mounted, connected to a control PC. A custom software was developed and installed into each camera to capture and store the image.

Control and sequence capture
With a simple interface, by pressing a button, a command was sent to all cameras which recorded a simultaneous image. After recovering all the images, they were played in a loop temporarily.
In this capture application you could choose the background (tornado, outer space, etc) as well as adjust the sequence (tolerance, zoom, speed, etc). Once these values have been adjusted, a title is defined, and the sequence was saved in a server that returns an Identifier.

External visualizer
An application was connected to an external monitor where the newly recorded sequence was temporarily reproduced, so that users who waited outside the cyclorama could see what was happening inside and thus generate expectation.

Online manager
The Museum shop workers can access the management application.
After entering the user’s ID, the application locates and packages the sequence in an ISO file that can be burned on disk, pendrive or sent by email. This package contains 3 executables (PC, Mac and Linux) with the sequence of images and the selected background.

Calibration
To counteract the vibration and movement of the cameras, a calibration system for the cameras was programmed. Each camera is available from the control App. Two control points can be moved and adjusted to fit two fixed reference points. With this simple operation, the rotation and position of each camera can be corrected, ensuring that all captured images have the same center and rotation.

The inauguration was a total success. The visitors came and made large queues to get their sequence.